Turns Out Judges Can’t finish Whatever They Want, And Certainly Can’t Grope Employees

Turns Out Judges Can’t Do Whatever They Want, And Certainly Can’t Grope Employees

(Image via Getty)
Judge Paul M. Sushchyk of Worcester, Massachusetts, has been suspended from the bench without pay, while the governor and legislature determine if he should be permanently removed from the bench. Sushchyk’s offense was groping a court employee at a court-sponsored event. And, according to Massachusetts’s Supreme Judicial Court, such a severe punishment is warranted because he brought “undeserved discredit to the administration of justice in the Commonwealth.”
The incident took place in April of 2019, when there’d been a conference followed by a happy hour, followed by a dinner, followed by a trip to a pub. According to the woman, she “felt the distinct sensation of a hand grabbing the left side of her buttocks and applying a full-handed squeeze to it.” “The contact lasted several seconds. Stunned, [the worker] froze in place, making no move to acknowledge the affront or the culprit. She was aware at that moment that Judge Sushchyk was the only one passing behind her.”
And the judge’s story? Well, that changed a bunch over time, as reported by Law.com:
In his first response to the complaint, Sushchyk told the commission he unintentionally touched the employee because he recently had hip surgery, had drinks that day and needed to steady himself while returning to the table where the employee was sitting. But in a later hearing, Sushchyk denied having any physical contact with the worker.
“As the hearing officer concluded, this ‘evinces a consciousness of guilt’ and ‘suggests that he did what he was accused of doing and sought to minimize his culpability for it.’ In criminal cases where the evidence is wholly circumstantial, we have noted that ‘significant’ evidence of consciousness of guilt, such as providing a false statement in an effort to exculpate oneself, can carry great weight,” the ruling states.
The initial hearing officer’s recommendation was that the judge be removed from office, or be allowed to retire because, “The line crossed here is not a murky one. The touching engaged in here was offensive and an affront to one’s bodily integrity and dignity.”
Previously: Judge Accused Of Groping A Court Employee 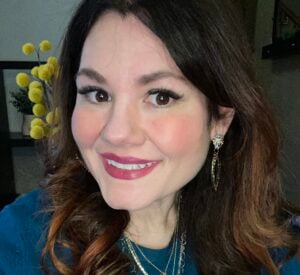