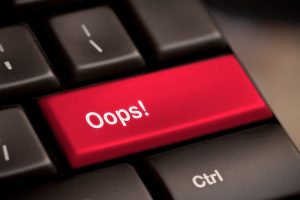 Let’s start with some definitions, shall we?
Ad hominem – (Attacking the person): This fallacy occurs when, instead of addressing someone’s argument or position, you irrelevantly attack the person or some aspect of the person who is making the argument. The fallacious attack can also be direct to membership in a group or institution.
“This you?” – a catchphrase used on Twitter to call out the hypocrisy of a certain tweet with a screenshot of a past tweet. The trend began in June 2019 but became more popular in May 2020 during the coronavirus pandemic and the George Floyd protests. Popular instances were typically targeted at brands, politicians, and celebrities.
During the Republican slander campaign to keep the SCOTUS bench from being graced by a Black woman, few led the slander Democrats campaign quite like U.S. Representative Marjorie Taylor Greene. She, likely attempting to summon the Avenue Qanon-ers to cast spells or something, painted three Republicans who voted for Justice Jackson as being “Pro-Pedophile” – she even went further and labeled Democrats the “Party of Pedophiles.”
Marge Greene tonight: “The Democrats are the party of pedophiles .. the party of princess predators from Disney .. the party of teachers .. trying to transition their elementary school age children.” pic.twitter.com/MMowXlIYM9
– Ron Filipkowski (@RonFilipkowski) April 6, 2022

Nice rhetoric, but will it blend?
Most internet nerds and geeks are familiar with Cunningham’s Law, which states that “the best way to get the right answer on the internet is not to ask a question; it’s to post the wrong answer.” It is the reason that the claim Ketanji Brown Jackson was chosen merely because she was a Black woman was quickly met with my favorite instantiation of a graph this year.
@SenJudiciaryGOP @SenateGOP @JudiciaryDems @SenateDems
In case you’re wondering, this handy graph from the Washington Post spells out KBJ’s comparative experience. pic.twitter.com/3bPTX8sEQ9
– Miriam-What Doesn’t Kill Me Makes MeStranger-Solon (@zombiehotflash) March 27, 2022

And while the graph may not be perfect, you get the point being made.
You’d think that Greene would worry that her party, the Republican one, would face some kind of graph or backlash after her pedo comments. And I wondered too, until this article uncovered that there’s been a list of Republicans accused and or convicted of child-related crimes that, despite having been started in 2018, has over 600 entries. Here is a small preview:
In 2006, Florida Rep. Mark Foley was forced to resign after it was revealed that he’d sent sexually explicit messages and propositioned teenage congressional pages via email and text.
In 2015, former Rep. Dennis Hastert, the longest-ever serving Republican speaker of the House, pleaded guilty to making illegal hush-money payments in order to cover up his history of sexually abusing high school wrestlers he had coached decades before.
“Nothing is more stunning than having ‘serial child molester’ and ‘speaker of the House’ in the same sentence,” the judge said at his sentencing.
During and after the 2016 presidential race, among the dozens of women who accused former president Donald Trump of being a sexual predator were several contestants in the 1997 Miss Teen USA pageant, who reported that he barged into their dressing room while girls as young as 15 were changing. (Trump allegedly told them, “Don’t worry, ladies, I’ve seen it all before.”)
Talk about a party of pedophiles! Instead of rallying against CRT and trans bathroom bills, maybe red states would be better off vetting the people they vote to represent them if they’d like to protect their children. But what do I know, fake news and all, right.
Ad Hominem [Texas State Dept. Of Philosophy]
This You? or Ain’t This You? [Know Your Meme]
Marjorie Taylor Greene Calls Democrats ‘The Party of Pedophiles’ [Advocate]
So, Let’s Talk About Republicans and Sex Crimes [Slate]