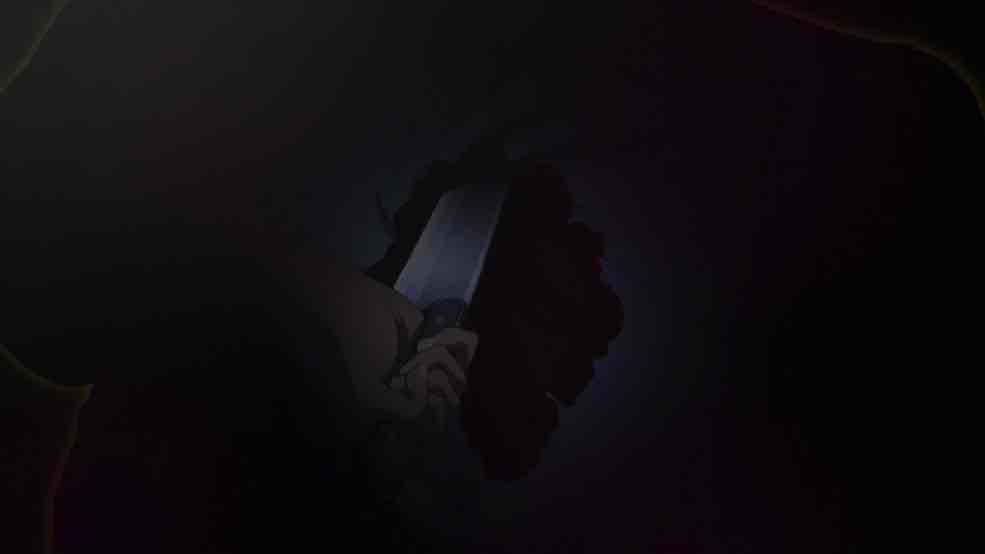 Summertime Render is the sort of series where I take a lot of notes, that’s for sure. It would also probably be a really good series to rewatch, if I had time to to that sort of thing. That would help me catch stuff like Shinpei’s eyes being the same color in the photograph – which I didn’t until I saw it pointed out after the fact. The balance with this sort of series is tricky – you have to play fair with the audience (Knox’ rules or some variation) or they’ll feel pretty cheated at the end. You also have to know how to divulge just enough information to keep the fish on the hook, but not so much as to spoil the suspense. 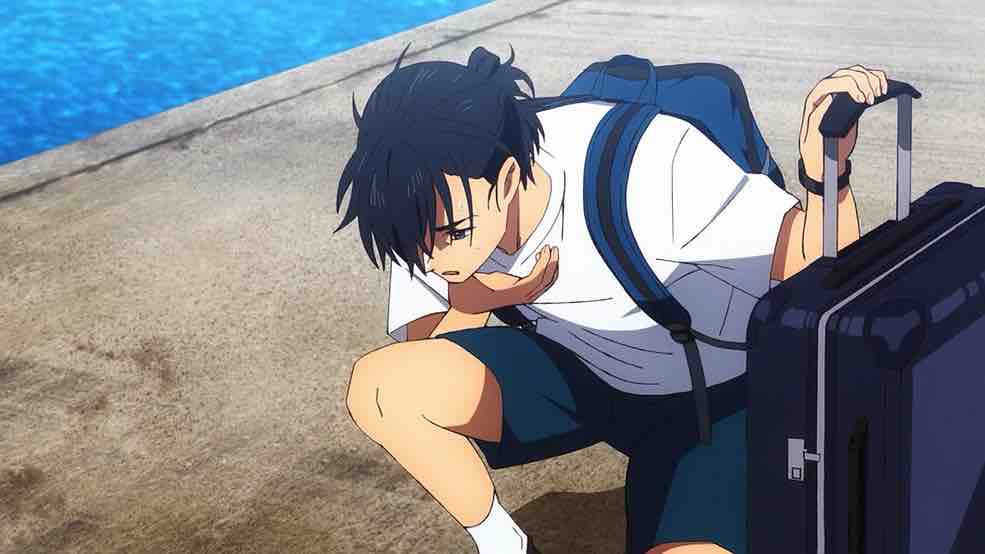 I have no idea if the source material is good enough to do those things, though I imagine based on its reputation that it probably accomplishes them to a reasonable degree. But I do know that Watanabe Ayumu is a brilliant enough director to get the pacing of the exposition just right – he’ll tweak the timing a little if necessary, even if he doesn’t mess with the mechanics of the mystery. The first two episodes have nailed it in this respect – they’ve both flown by, delivering a ton of information without feeling rushed and managing to be massively entertaining in the process. 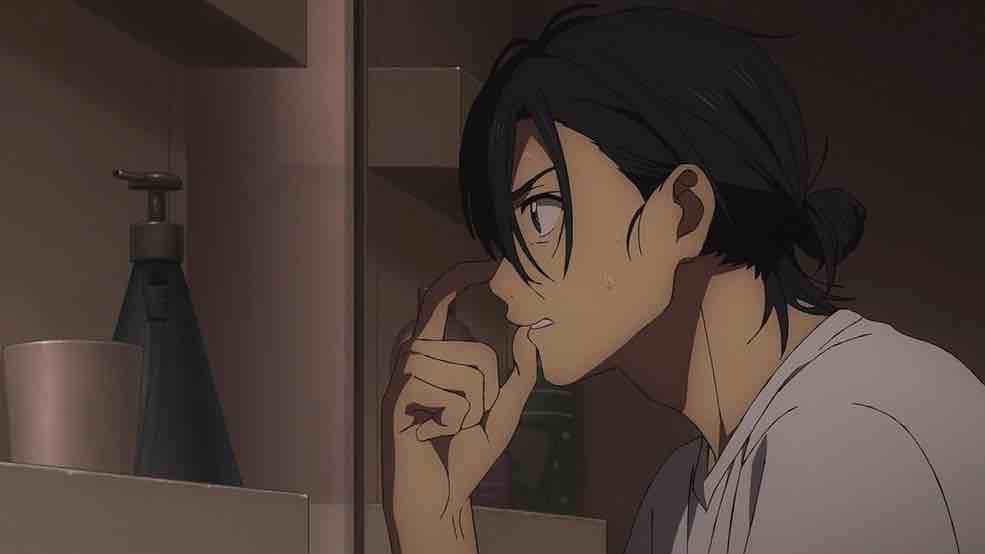 The fact that Shinpei was reading a book with a similar plot to what happened to him – “Swampman” by “Ryuunosuke Nagumo” – on the ferry is obvious another Chekov’s Gun. Traditionally in these sorts of stories the book’s author would be a character, so I suspect he (or she, theoretically) is on the island or soon will be (at the very least they’re from it and based the book on the shadow legend) In fact the Swampman idea itself is a thought experiment by philosopher Donald Davison, and is clearly the basis for what happens on Hitogashima. 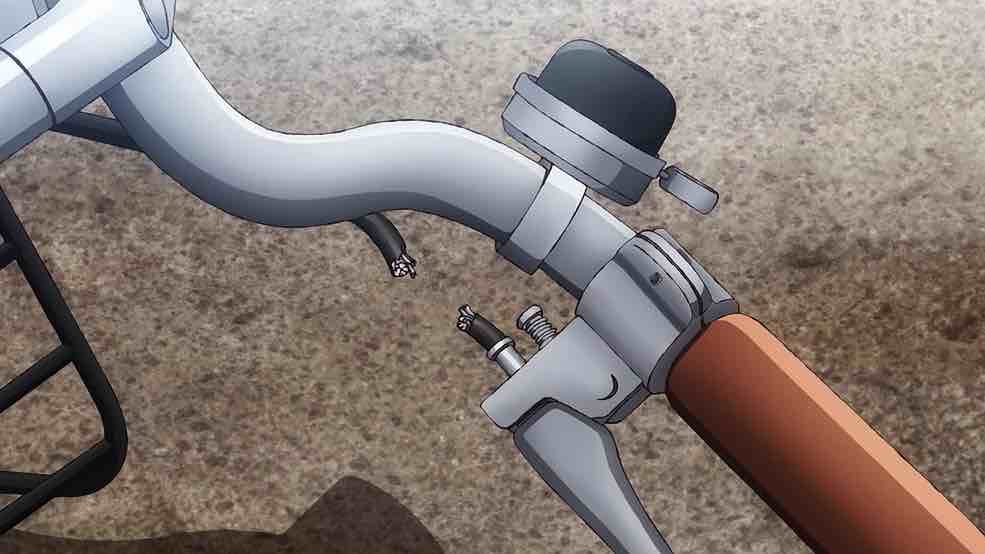 Mio’s brakes being cut seems pretty straightforward – her shadow trying to eliminate her the easy way. Shinpei’s reaction to all this reflects his nature – a cautious and analytical young man who likes to be in control. “Step back” is a useful mantra in his current situation, though I can think of some real-life scenarios where it’d do more harm than good. He dies again on his first reboot – this time stabbed by the shadow Mio after she’s just taken out Totsumura-san (and notably reboots at a later point than the first time). I wanted to be insulted by that “this isn’t America” joke, but, well – we’re talking about a country where most mass shootings aren’t unusual enough to even make the news anymore. 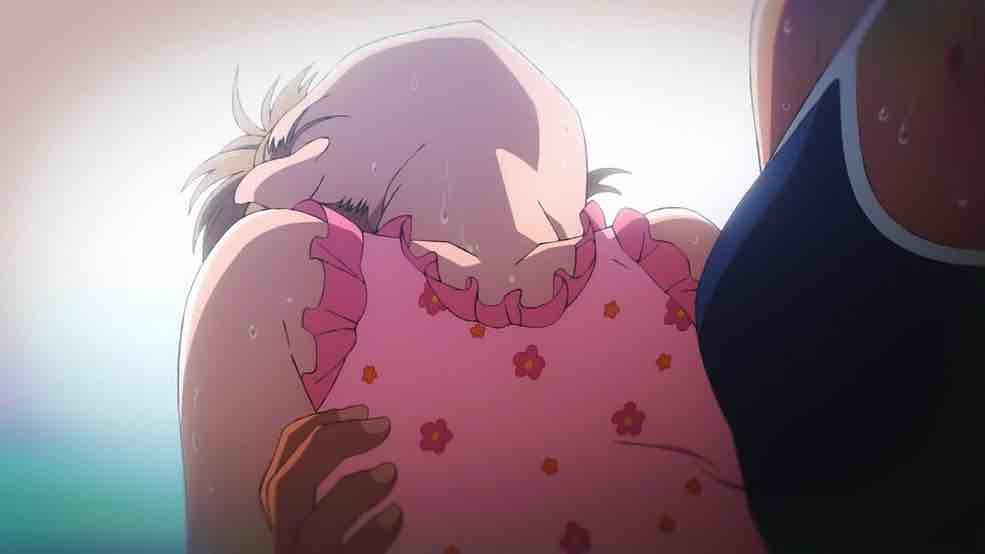 One element here that doesn’t add up is Ushio. We’ve gotten a look at how the shadows seemingly operate. That camera flash occurs when they copy someone they’ve just killed, and once they do it the body disappears. That being the case, why was Ushio’s body clearly present at her funeral? Could that actually have been the shadow Ushio is the casket, somehow drowned – and is it even possible for shadows to drown (or die at all)? Then we have that flash at the funeral, which pretty conclusively proves there was a shadow present (the little girl?). But who was it directed towards? 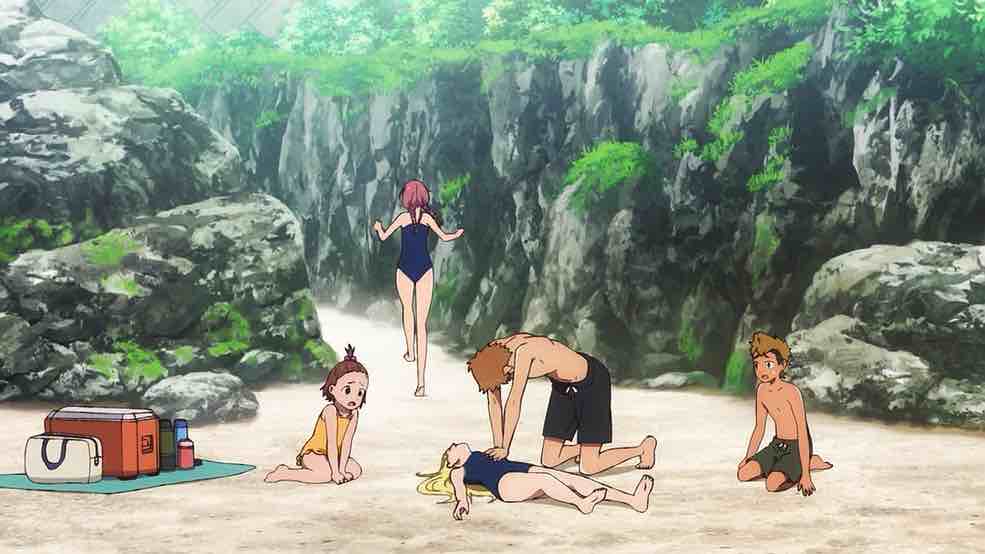 Having died twice, Shinpei has to try and figure out how to at least survive July 22nd. That whole stepping in front of Mio’s bike thing seems silly, as she wasn’t even injured. When you factor in that Shinpei can’t swim (which seems odd for a kid who grew up on a small island, and is probably another Chekov’s Gun) it makes even less sense. But the phone idea – both the fake call about the fight to save Totsumura and using it to record shadow Mio – was pretty clever. Having got his proof – and shared it with Mio – the question is, what will he do with it? And who is the lady from the boat, who clearly knows more about all this than Shinpei does? 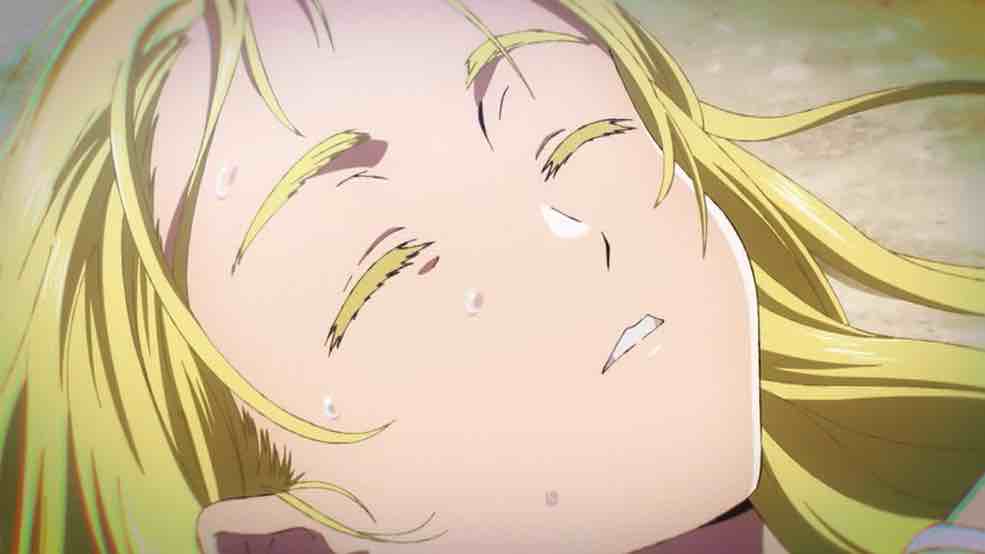 Whatever’s going on here, while obviously supernatural I’m betting it’s quite different from the operational hypothesis Shinpei is working under. These shadows just seem way too human, and that certainly doesn’t mesh with Davidson’s hypothesis (though the series’ connection to it may be only skin deep). When you consider how much has already happened, it’s remarkable that we’re only two episodes into a 25 episode series. With Watanabe at the helm it’s exciting to think of the possibilities the next two cours hold for Summertime Render – I just hope the premise has the legs to go the distance. 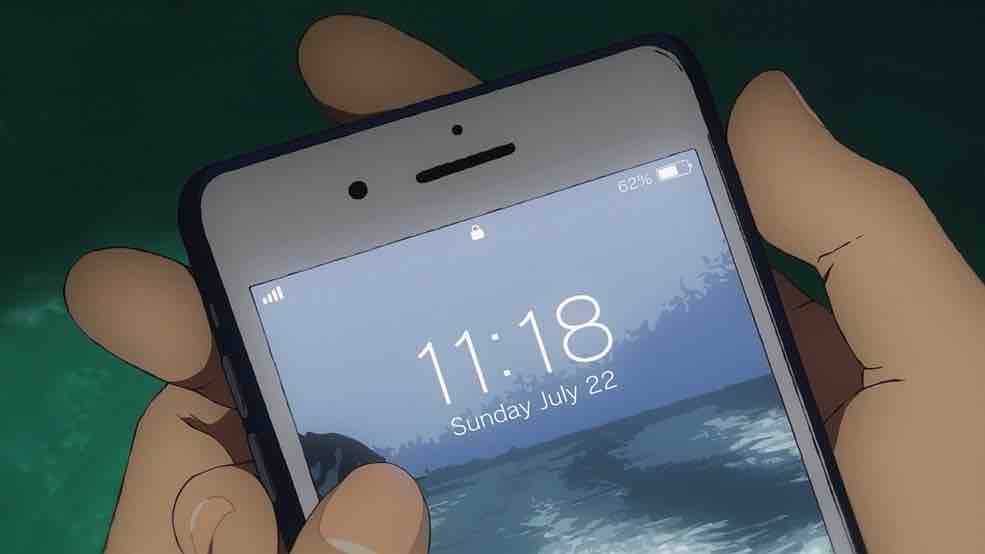 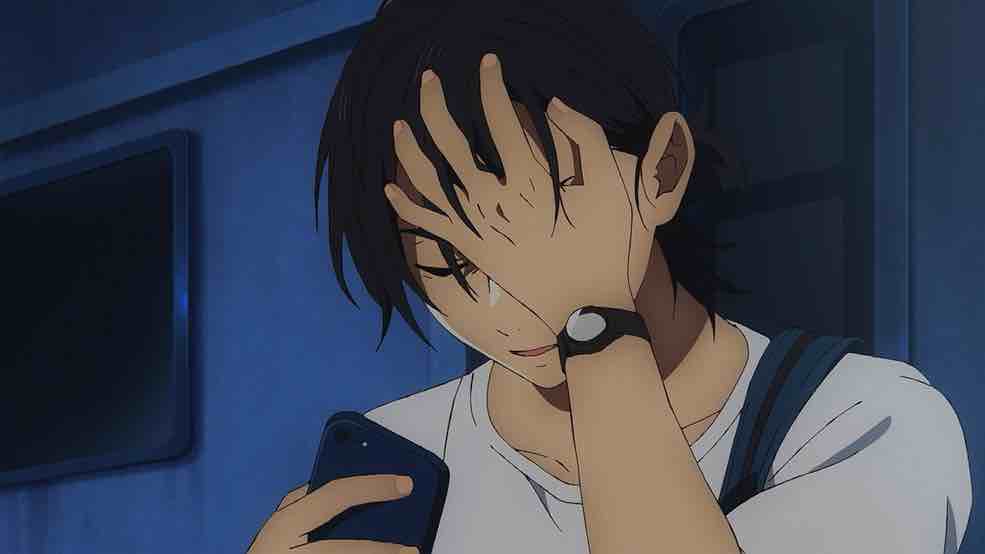 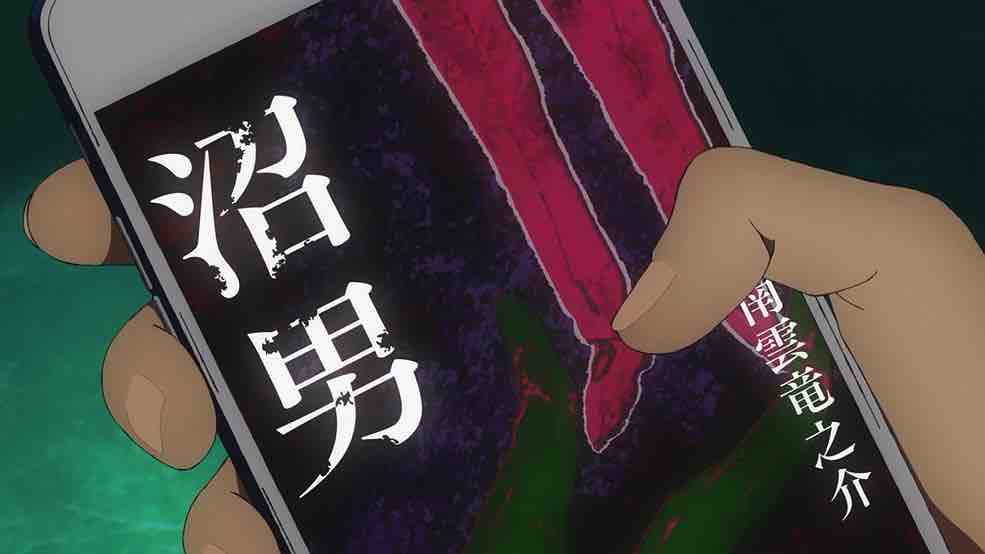