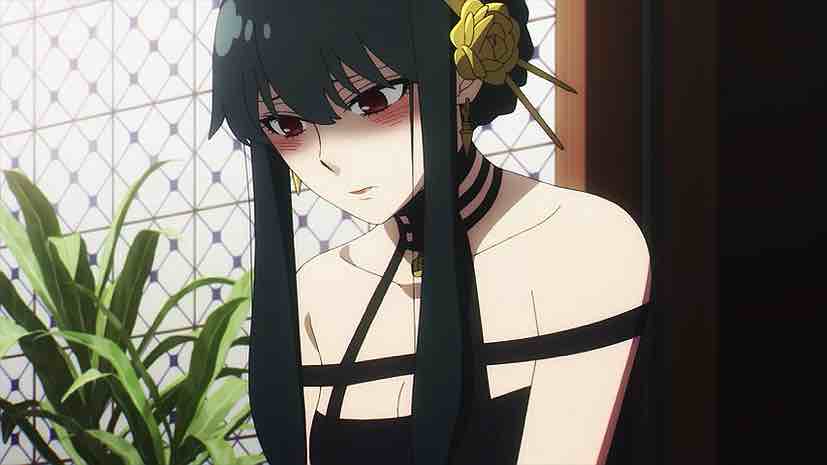 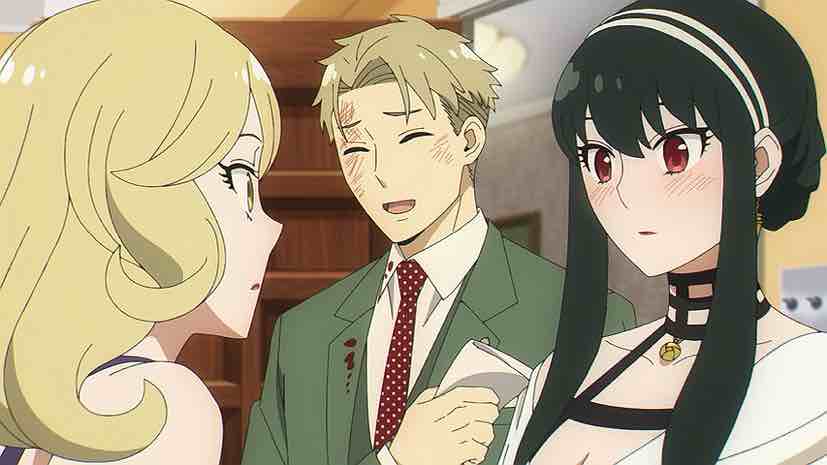 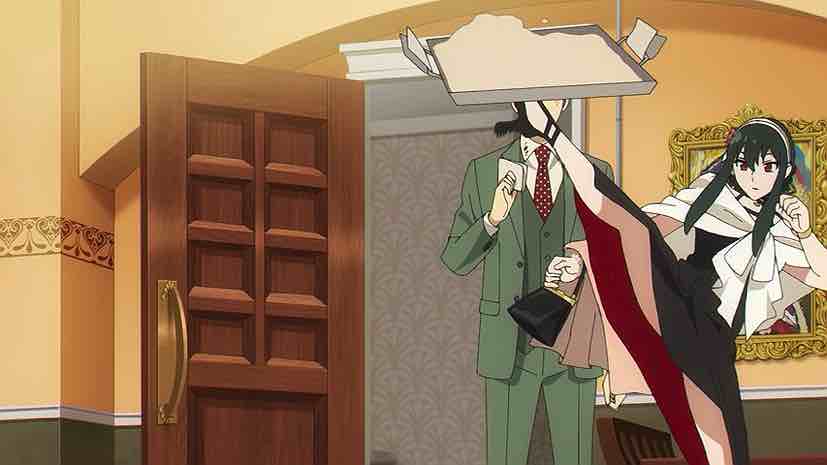 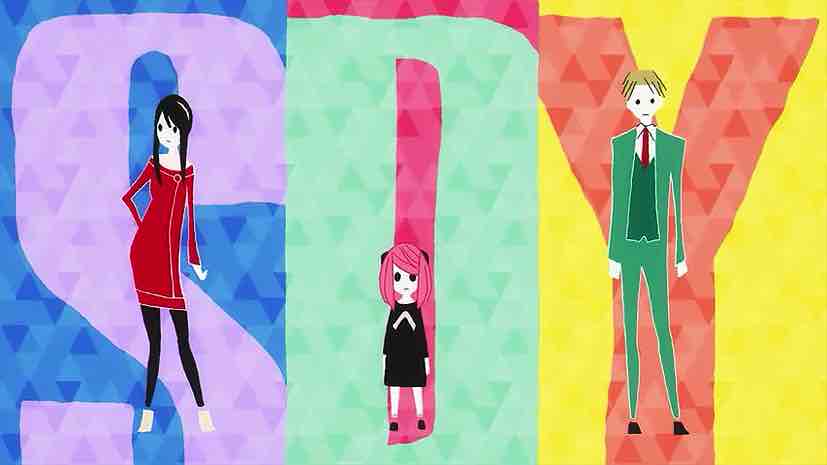 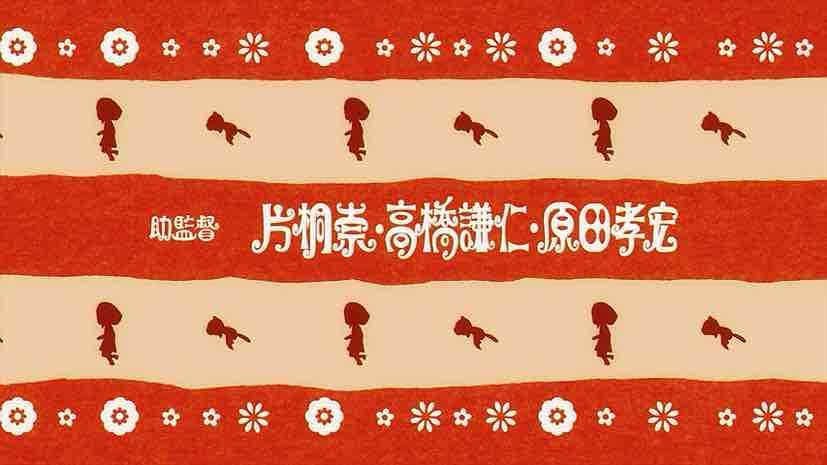 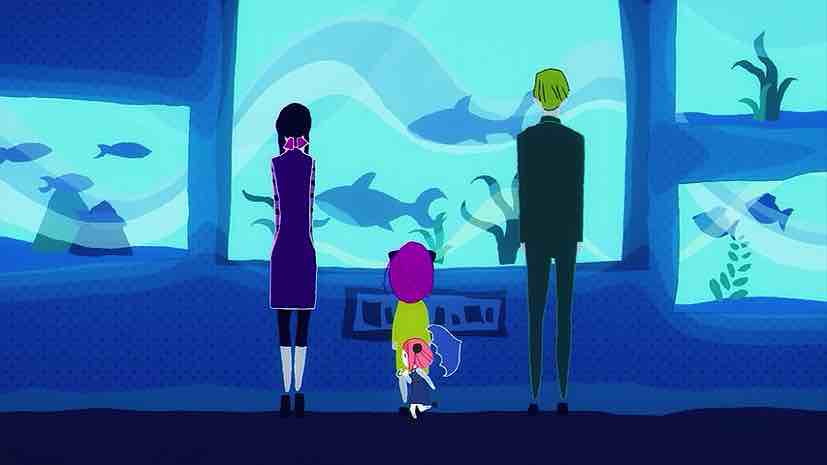 It doesn’t really matter what a series’ influences are, as long as it’s good. That’s as true of anime as any other medium. And of course it doesn’t matter whether a viewer’s experience includes the context to spot those influences as long as they’re enjoying what they see. Still, I think I get a little extra juice out of Spy X Family through understanding that it’s a pure homage to the Hollywood screwball comedies of eight or nine decades ago. The “lowbrow aristocrat” of Sturges, like “The Lady Eve” or “Palm Beach Story”. The slightly more high-society wit of Hawks’ “The Philadelphia Story” or “His Girl Friday”. I’m casting movie legends in Spy x Family roles even as I’m watching it.
This episode is a bit of a departure from the first, not only for its greater focus on the deadly game these characters play but for the absence (mostly) of Anya. Early returns are positive on that front but how well she’ll (metaphorically) age in anime form is really my only real concern with SxF (because of my limited tolerance for that sort of thing). It’s safer when she appears in modest doses but that’s the exception rather than the rule. She was fine in the premiere but it’s really a cumulative effect I’m more concerned about.
The third member of the “Family” is the main focus this week. That’s Yor Briar (Sayami Haori). Superficially she’s a clerk at the city hall, mocked by her female co-workers and worried over by her younger brother. In truth she’s actually an assassin named Ibarahime (“Thorn Princess”). She answers to a man named Shopkeeper (Suwabe Junichi), who dispatches her on her assignments. Ibarahime can take out a roomful of targets without any material or, seemingly, existential difficulty. But getting a boyfriend to shut up her brother and co-workers? That’s beyond her level, seemingly.
It’s inevitable where this is headed, of course – the only question is how it’s going to get there. The vehicle for that is the tailor where Loid takes Anya to get her some clothes more befitting an ojou-sama, at the same time Yor is in to get her dress (torn in the line of duty) mended. The first thing Loid notices is that he didn’t notice Yor coming in behind him. He then places her from the huge stack of CVs of available beards his informant Franky (Yoshino Hiroyuki) gave him. Conversation ensues, and there’s a symbiotic need here – she needs someone to pose as a boyfriend at her co-worker Camilla’s (Shouji Umeka) party (so her brother will stop worrying), he needs a mother for Anya’s Eden Academy interview. What could possibly go wrong?
The kicker here is of course that esper Anya immediately knows the truth about Yor, which means everybody is keeping a secret from each other – except that Anya knows both her “parents'” secrets. But Anya sees this as an opportunity for fun so an assassin and a spy is all good as far as she’s concerned, as long as the peanuts keep coming. An arrangement is made, starting with the party the next Saturday. The only rub is that Twilight has another mission to carry out, busting up a smuggling ring, and he has to bribe Franky into helping by promising some of the recovered art and jewels might be “misplaced”. I imagine to be a good spy, you have to value practicality above going by the book.
In pulling this off Spy X Family of course has a luxury that Hawks and Sturges didn’t. It’s anime by way of manga, and what it can do is only limited by the imagination and the pen. And it gleefully embraces the possibilities in this, bringing us an intriguing mix of comedy and violence that’s quite intoxicatingly entertaining. After things turn ugly (in ironic fashion) Loid is a no-show for the party, embarrassing Yor and exposing Camilla for the catty shrew she is. When a bloodied Loid does show up he goofs and says he’s Yor’s husband, not boyfriend, but his improvisation from there is God-tier.
My favorite part of all this is Loid’s increasingly tortured attempt to explain away what’s happening to Yor. Does she really believe this psychiatrist nonsense, or is she playing along because – as she muses – she may have found the only man who’d take her as she is? Does he really believe her brother taught her self-defense in light of what he’s seeing with his own eyes? I think these two understand that asking too many questions would be a bad idea, and they each want something they instinctually know the other can provide, And clearly they like each other too – in their world, how could they not?
Loid putting a grenade pin on Yor’s finger as an engagement ring is a glorious capper to this preposterous chain of events. Maybe there’s a little commentary here on how all successful relationships are built on letting your partner keep their secrets, who knows? Incidentally, don’t skip over the OP – it’s a fantastic sequence directed by Ishihara Masashi, and it suits the material perfectly.