To be honest, when I thought about a non-series project to cover as we head into Golden Week, my original thought was Bubble. But I tapped out after about 10 minutes on that one. I knew when the ultra-clumsy exposition by explanation started literally in the first minute of the ONA that it was in trouble. It looks good I suppose, but nothing special by Wit standards (and kind of gaudy and oppressively bright). Even Urobutcher is distancing himself from it now, so you know it isn’t going over too well…
At this point I remembered that Pompo: The Cin’ephile was starting its limited theatrical run in the U.S. this week, and that I’d kind of forgotten about it despite an interesting pedigree. It was a movie that’d interested me since I’d first read about it and this seemed like the perfect time to rectify my oversight. And I’m very glad I did, because it’s a very good film. And more than that, it’s a pretty unusual anime thematically, far removed from the norms of the medium even in theatrical guise.
Eiga Daisuki Pompo-san is about a lot of things, but it seems to be grounded in one idea I definitely don’t agree with (anything over 90 minutes is too long for a movie) and one I’m not sure about (that the only sure path to artistic achievement is suffering). Of course it’s also an unapologetic love letter to movies and the filmmaking process, which is something I can get behind unreservedly. Not only that it’s a love letter to the Hollywood (“Nyallywood”, ROFL) movie business. Filtered through the Japanese sensibility, yes, but not so much as to lose a sense of why Hollywood has the romance it does for movie lovers. It has more authenticity than one might reasonably expect.
The director here is Hirao Takayuki, who’s done a good bit of high-level work in anime but most notably to me came of age as an assistant director to the great Kon Satoshi. Kon’s lineage is clearly visible in Hirao’s directorial style, though the disciple is less attuned to dark imagery and flat-out surrealism than the master. Hirao has been very open about what working for Kon in his 20’s meant to him as an artist (it’s hard to imagine it could be otherwise), and it’s nice to know that the great man’s influence is still being expressed directly in anime after he was taken from us far, far too soon.
Hirao also wrote, storyboarded, and edited Pompo: The Cin’ephile. As such one might guess its protagonist Gene Fini (live-action actor Shimizu Hiroya) is a self-portrait – and Hirao-sensei has acknowledged that significant elements of Gene’s arc are drawn from his own experience (though it is adapted from a manga by Sugitani Shougo). Gene is the center of the film far more than the titular Joelle Davidovich Pomponett (Kohara Konoomi), the sweets-addicted movie producer who hires Gene as her assistant and gives him his big break. She pops in and out of the narrative (always announcing herself) when the plot needs pushing, but it’s Gene’s story we’re watching play out (in more ways than one). 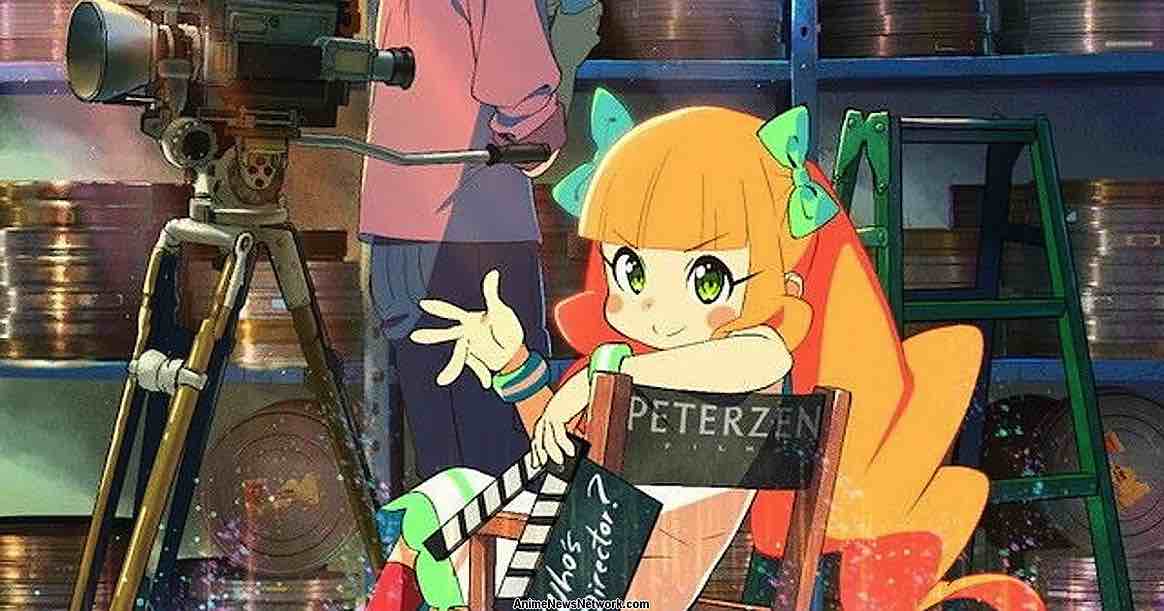 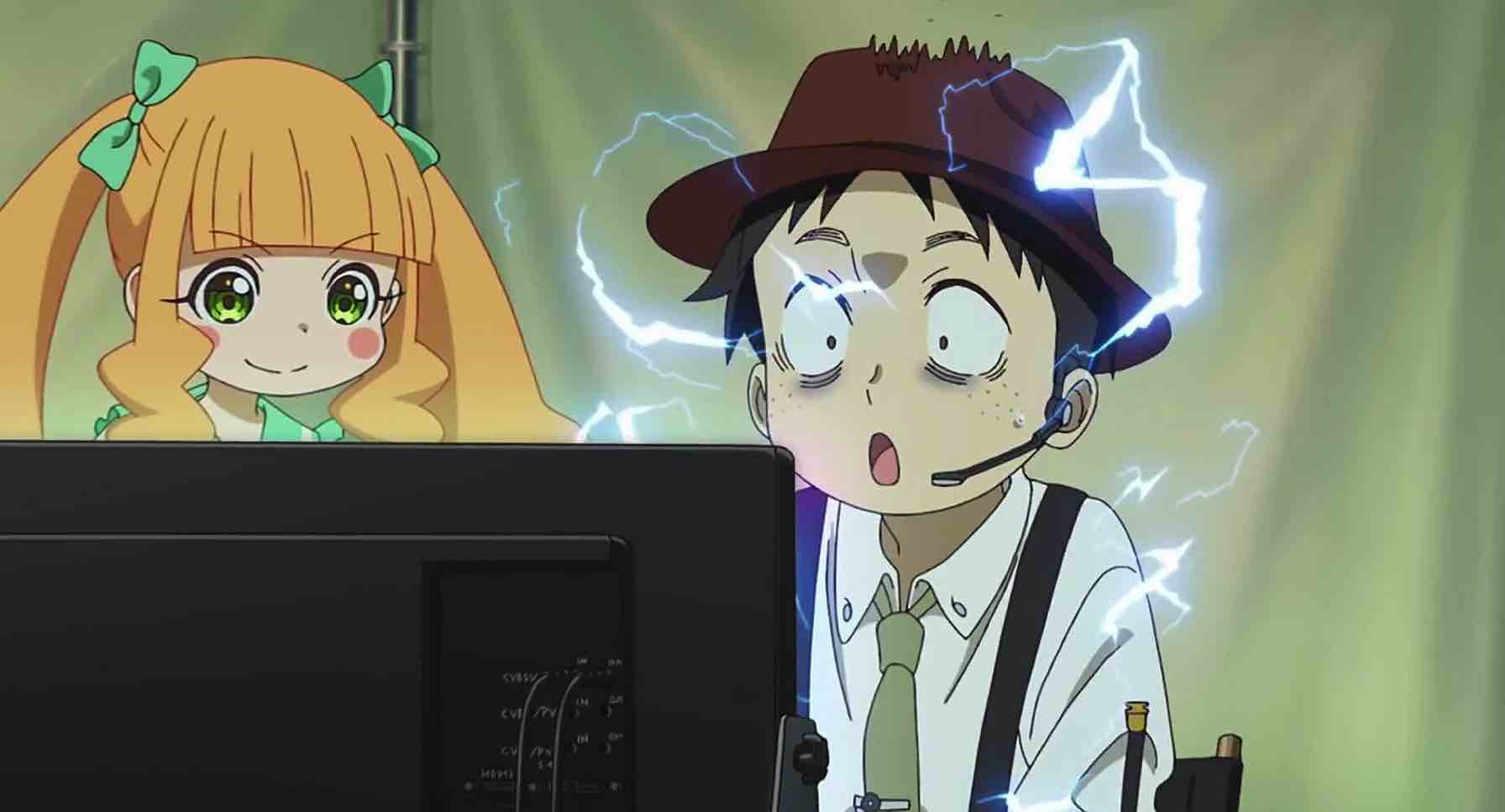 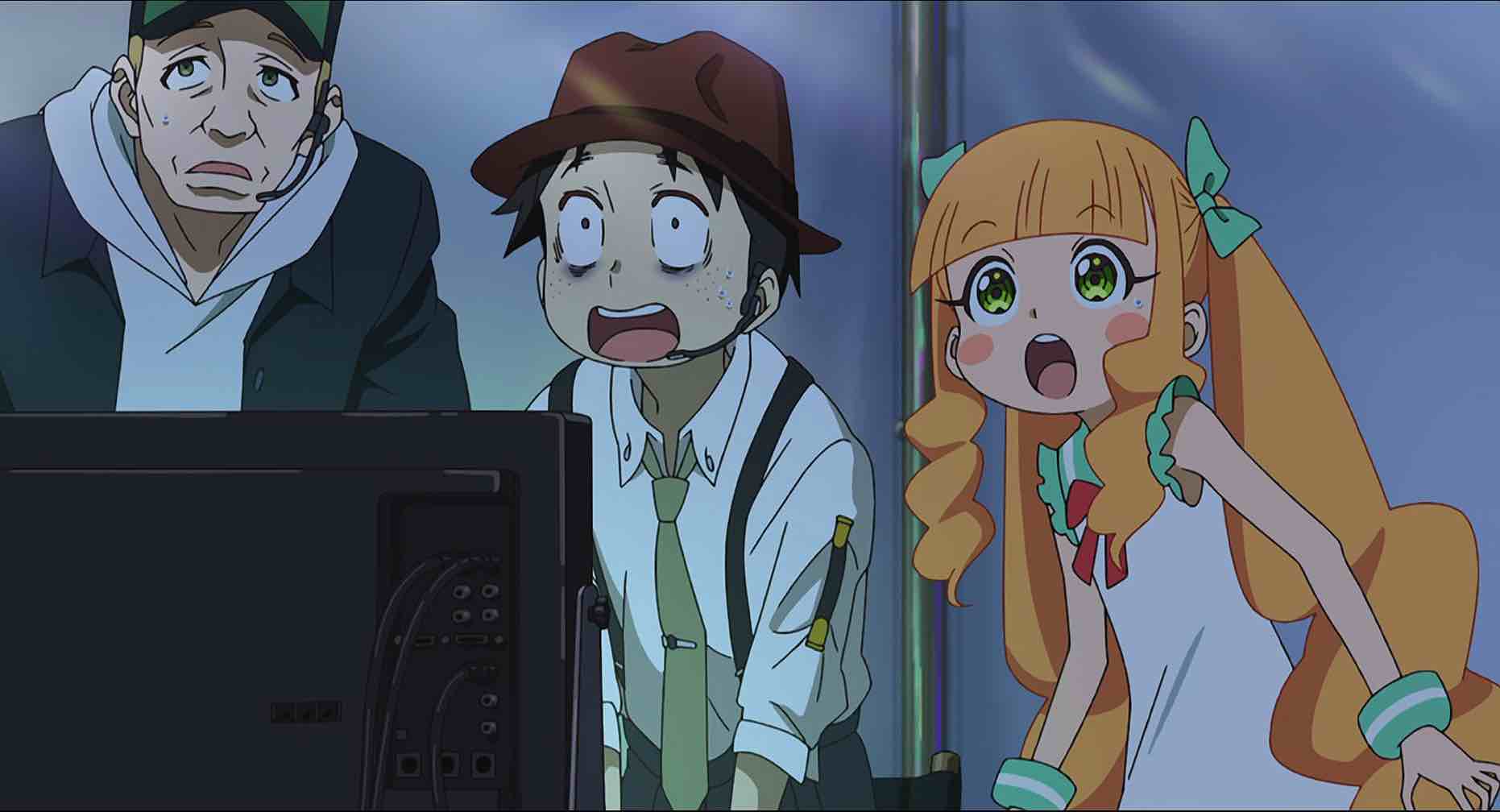 Pompo, whose grandfather J.D. Peterzen founded the studio she runs, loves B-movies and always leaves before the credits. The big shift comes when she writes her first script, “Meister”, and hires Gene to direct it (after auditioning him by letting him cut a trailer for her giant octopus flick). The “greatest actor in the world” Martin Braddock (Ohtsuka Akio) agrees to star after grandpa calls in a favor. Hirao says Braddock was based on Marlon Brando (his on-set behavior much sanitized), and notes that Ohtsuka is considered the “Marlon Brando of seiyuu” and thus didn’t need much direction…
“Meister” is an arty story, about a conductor who loses everything and rediscovers himself through interacting with a young girl he meets while on a trip to the Swiss Alps. The girl is played by first-time actress Natalie Woodward (Outani Rinka) – in fact, Pompo says she wrote the entire script for her based on inspiration after Natalie’s failed audition. If I’m honest I’m not a huge fan of Outani’s performance here, but there are enough elements of life imitating art with this story that I’m not sure how much her rather rough and unpolished delivery is intentional.
Pompo very much becomes a fairy-tale at this point, but it’s an effective one. I really enjoyed the way the film looks at the minutiae of the filmmaking process, and especially at editing – in truth, this is more a story about editing than actually directing a film. Pompo’s comment that “directing is subjective and editing is objective” is a fascinating notion – I’m not sure I agree with it but it does make one ponder. Gene basically destroys himself trying to edit the movie down to Pompo’s magical 90-minute number (though he doesn’t realize that part until after the fact), relying on the advice of J.D. to find himself in his story.
For Gene, who had no life other than movies, this seems fitting – and indeed, the in-film protagonist loses everything for the sake of his music. I’m not sure it has to be that way in reality, and I know that every movie has its ideal length and that it’s not the same for every one. Hirao managing to get Pompo: The Cin’ephile in at exactly 90 minutes himself is a neat bit of fourth-wall-bending, but in a way it feels more like a gimmick than an artistic decision. But I think he’s trying to make a larger point about the extremely personal nature of creation here.
Not everything in Pompo: The Cin’ephile works. The subplot with the banker Alan feels a bit tacked-on, even if the larger point about the financial and logistical challenges of shooting pickups is extremely realistic. But as a love letter to movies and making them, I think Pompo succeeds quite splendidly. There’s something rather wonderful about a character in a movie reflecting on how Cinema Paradiso helped make him a film buff – all the more so if it’s anime. Indeed Pompo in many ways feels more like a French or Italian film than a Japanese one, with just enough anime touches (like Pompo’s character design) to remind us where we are. It’s a credit to its movie-loving director, to the mentor who inspired him, and to the process of making movies because we love them.