Will there be One Punch Man Season 3? What’s its current status? What will be its plot? Here’s everything you need to know
The second season of One Punch man comprises 12 episodes aired from April to July 2019.
One Punch Man Season 3 has not been officially announced yet.
The third season will focus on Saitama’s life and his encounter with even more powerful Garou.
One Punch Man is an anime adaptation of the famous manga of the same name created by the Japanese manga artist ONE. After enjoying vast success, the manga was adapted to anime by the Madhouse Animation Studio. J.C Staff animated the second season with Chikara Sakurai helming the project.
One Punch Man received numerous awards and the time gap between the two seasons speaks tons about its quality. The first season aired from October 2015 to December 2015. The second season was aired from April 2019 to July 2019. It’s been almost three years since fans have been waiting for a promising update about the third season. Despite its massive popularity, there have been no official updates about One Punch Man Season 3. Will we ever get a new season? When will it release? Read on to know more.
Will there be One Punch Man Season 3?

Well, for animes the possibility of a new season depends on factors like availability of the source material, popularity of the anime series, and demand for the new season. Let’s have a look at these factors for One Punch Man.
Is There Enough Source Material for One Punch Man Season 3?
Almost every anime use existing source material which usually is manga, light novel, or mobile game. One Punch Man anime is an adaptation of the manga by Yusuke Murata.
In order to confirm whether there will be more seasons of One Punch Man, we need to check, how many manga volumes have been released so far and how many are available for adaptation at this time.
How many volumes of One Punch Man Manga have been released?
A total of 24 manga volumes of One Punch Man have been released so far. The latest volume 24 was released on Dec 3, 2021. The first season of One Punch Man anime that aired in 2015 adapted the first eight volumes. The second season utilized volumes 9-16 of the manga series. So, on average, one season of One Punch Man requires around 8 manga volumes. The next season of the anime will adapt the manga from Volume 17.
Yusuke Murata released three new volumes in 2019, one in 2020, and two in 2021. There is no One-Punch Man manga volume 25 release date yet, but it should come out in the first half of 2022. The publishing speed has slowed but there is no need to worry as the Manga is still going.
We can assume that the third season of OPM requires around 8 manga volumes. It means there is just enough source material available to go ahead with the third season for One Punch Man. Maybe the animation studio is awaiting more manga volumes to get published before green-liting Season 3.
One Punch Man Sales & Profit Information: How much money does it make?
The possibility of a new season depends on the profitability as well as the sales of its source material, Blu-ray copies, merchandise, and viewership on OTT platforms. Most anime series lose money or take years to recover investment and make profits. Now let’s have a look at the sales and profit information of One Punch Man.
One Punch Man Blu-ray sales
The average sales per Blu-ray were around 10,000 for the first season. The first season also got a BD-Box, which sold around 2,300 copies. The second season sold only 1,300 copies. So, there is a drop of more than 80% in Blu-ray sales.
Vinland Saga Season 2: Release date and other details
Konosuba Season 3: Release date and other details
Demon Slayer Season 3
Jujutsu Kaisen Season 2
However, Blu-ray is a thing of the past now and most of the viewers have switched to digital platforms for streaming. One-Punch Man is a very popular anime series on OTT platforms.
One Punch Man Manga sales
The Manga sales are fantastic for One Punch Man. Volume 23 sold around 4,00,000 copies. The previous volumes were also huge hits with average sales of around 5,00,000. Average sales of 5,00,000 copies is a guarantee of a sequel in the anime industry. In Dec 2021, the One Punch Man series had 25,000,000 copies in print. One Punch Man is among the top 75 best-selling manga of all time. 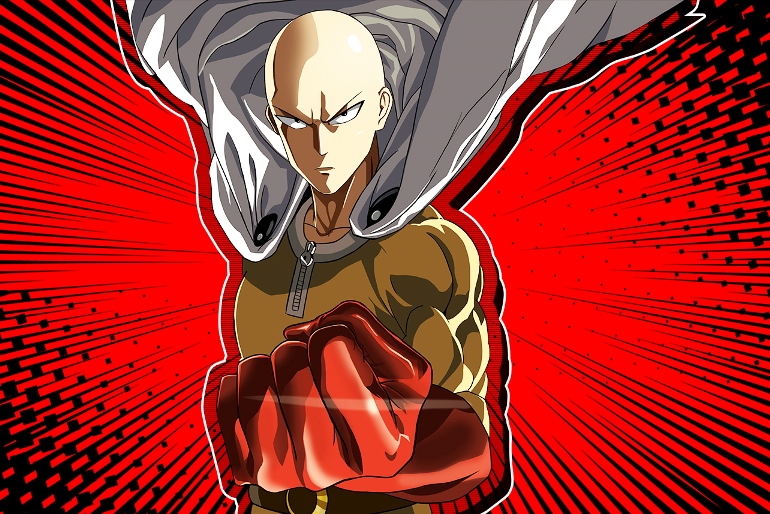 One Punch Man Games sales
Two new games were announced in 2019. One is for iOS and Android and one for PlayStation 4, Xbox One, and PC.
One Punch Man: A Hero Nobody Knows, a game for PC and X Box released in February 2020. It only sold around 10,000 copies in Japan, a number far less than expected. An android and iOS game, One Punch Man: Road to Hero also failed to get huge downloads. Both games failed to impress the fans.
One Punch Man Figurines and Merchandise Sales
Around 135 statuettes are available for One Punch Man. Out of these 70% are of Saitama and Genos while 30% are of Garou and Tatsumaki. One Punch Man franchise makes good money through these figurines.
One Punch Man has around 900 merchandise items available in the market. These items have decent sales in the manga and anime community.
Profit is not a problem for the One Punch Man franchise. The manga sales are enough to recover the investment. Moreover, the franchise makes a huge profit through anime streaming, collaborations, figurines, and merchandise.
Buzz and hype for One Punch Man Season 3
In deciding the fate of an anime series, the most important factor is the demand for the sequel and the popularity of the anime. In most cases, sequels are less popular than the first season. There are occasions when there is no buzz or hype for another season. This generally happens when the first season fails to provide enough boost to sales. This is what happened to Tokyo Ravens and we never got Tokyo Ravens season 2. We analyzed various sources such as the official website, social media, and google trends to predict the fate of the franchise.
The official One Punch Man Twitter account with more than 170K followers is very active. The google trends data is quite encouraging though the popularity of the show saw some drop. However, OPM has a huge fanbase backing it.
Coming to One Punch Man, the hype and buzz is very strong. One Punch Man season 3 has more than 500K monthly searches on google. This pretty much tells that the fans are super excited for the new season.
Will we ever get One Punch man Season 3?
The official Twitter page of One Punch Man thanked the fans for watching Season 2 and asked them to support One Punch Man Season 3 so that the producers can renew it.
OPM is one of the most popular animes out there. It stands with big names like My Hero Academia, Demon Slayer, Jujutsu Kaisen, and Attack on Titan. Though season 2 wasn’t a big hit as the first one, still it was enough for the makers to go ahead with a new season. Moreover, fans are eagerly waiting for the next season.
Considering all the above points, we can say that the creators have enough reasons to go ahead with the third season. The series has everything in its favor be it sales, hype or buzz, or popularity. The main problem here is the source material. There isn’t just enough source material available at this time. However, this problem would be resolved next year when volume 25 of the manga series will get published.
One Punch Man Season 3 Release Date
The first and second season has a gap of more than three years, so we can expect the same pattern this time around as well.
There are rumors circulating online that the third season is in production and will release in 2021. Those were fake news. One Punch Man Season 3 is yet to be officially confirmed, but it is reportedly happening.
As per my prediction, the One Punch Man season 3 release date would be late 2022 or early 2023.
One Punch Man Plot & Story
The plot of One Punch Man revolves around Saitama, a superhero who hails from City Z. He is portrayed as the most powerful superhero as he can defeat his opponents with a single punch. He gets bored of this one-punch game and now is on an active lookout for a challenge that he truly deserves. His sense of boredom overpowers every emotion.
Two associations are set in opposition to each other in One-Punch Man – The Hero Association and The Monster Association who are embroiled in constant feats of the fight, rescue, and survival events. Saitama initially not associated with The Hero Association is later admitted into the lower ranks. This anime is an action-adventure story that showcases quality instances of fight sequences, humor, and drama.
One Punch Man Voice Cast and Characters
A look at One Punch Man lead characters and their voice artists:
One Punch Man English Dub
The English Dub of ‘One Pucn Man’ is available on Funimation, Crunchyroll, Hulu, Netflix, and Amazon Prime Video.
What are your views on One Punch Man Season 3? Share with us in the comments section. You can check more details about other animes here.