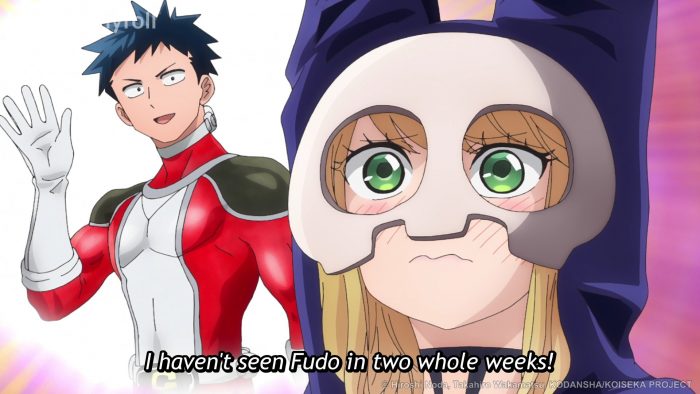 Are you feeling romance anime has become a bit clich’e and underwhelming? While romance series like Fruits Basket, Kaguya-Sama: Love Is War, and Science Fell in Love, So I Tried to Prove It take the romance genre in unique directions…they still can be obvious how they will play out. That’s why one series that grabbed our attention with probably one of the strangest setups is Love After World Domination. Focusing on a red Sentai Ranger-like character falling for a literal villain, Love After World Domination is cute, comedic, and downright adorable. Yet, after several episodes, has this series proven the romance genre can always be different? Why don’t we find out in our first impression of Love After World Domination!
Good Falling For Evil?! 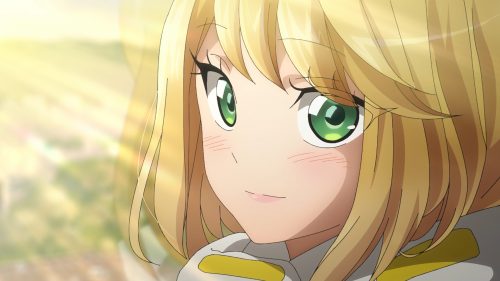 A common question posed countless times throughout existence is, Can love blossom between good and evil? Can the two extremes coexist at all? Regardless of your thoughts on this theatrical question, Love After World Domination is trying to answer it in the simplest-and most adorable-way possible! The premise is straightforward but the execution is unlike anything we’ve seen before and that is why we adore this newest rom-com!

Two MCs That Are Polar Opposites! 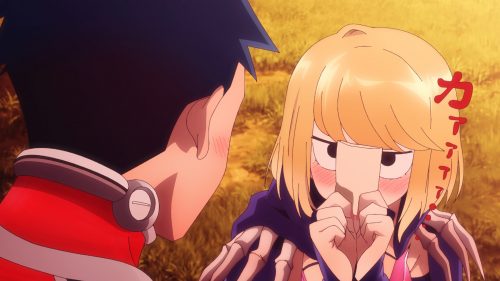 It isn’t abnormal to see romance bloom-we’re running out of ways to say blossom-between opposites in the anime realm. Just like the real world, love isn’t always simple and we can often find ourselves falling in love with a person we didn’t think we’d ever get along with! Love After World Domination mirrors reality by having two MCs-in this case, the Red Gelato Ranger Fudo Aikawa and The Reaper Princess Desumi Magahara-that are literal opposites in every sense of the word!
Fudo, aka the leader of the Gelato Rangers, is a meathead who spends his time bodybuilding rather than playing games or just living as a normal young man. Meanwhile, Desumi might be part of an evil organization but in her downtime, she’s on social media posting cute pictures and acting as an influencer! Despite their extreme lives-both hidden and seen, the two fall for each other hard, and it makes their various exchanges realistic and engaging. Watching them try to “date” when they are in combat is a bit unreal but that’s where the comedy of the series comes out best! 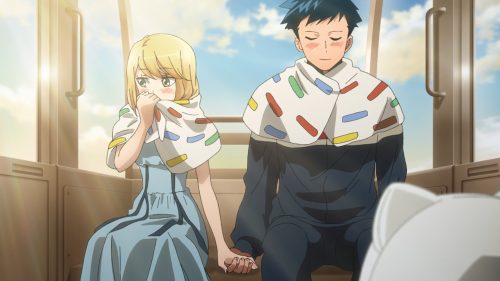 Watching a date at a gym, witnessing a picnic during a live battle, and seeing two go to an amusement park, are just a few of the moments that make every episode of Love After World Domination consistently feel original and surprising! Most romance comedies have an uncanny ability to copy each other so you can almost predict an episode before it even airs. So far, Love After World Domination has kept us on our toes trying to deduce like Sherlock Holmes, where Fudo will take Desumi next!? We can’t wait to see future episodes to figure out how their love will survive despite their opposing worlds!

Where Are The Other Gelato Rangers?! 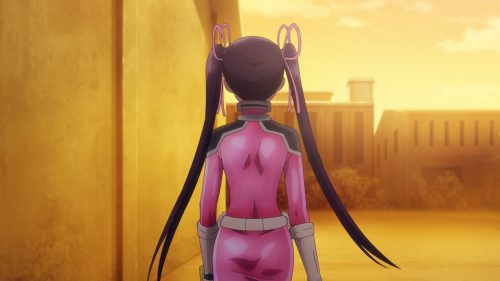 Sadly, Love After World Domination isn’t perfect and that is due to the cast kind of getting pushed aside for our two love birds. We have seen a few appearances from other characters like the very sexy Misaki Jinguji (Yellow Gelato Ranger) and the cute Haru Arisugawa (Pink Gelato Ranger), but the blue and green Gelato Rangers have gotten very little screen time. They have made appearances here and there during some extremely laughable moments but really aren’t a central focus despite being a part of the team. The same can be said of the evil Gekko-the evil organization Desumi is part of-who have a multitude of characters but most have literally been shown once or twice between the first three episodes we watched! All of the characters in Love After World Domination are hilarious and we hope they get a bit more love because if they don’t we’ll feel like they missed an opportunity! 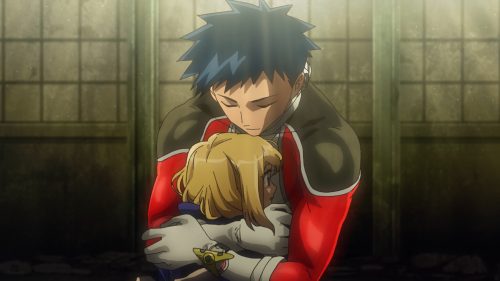 There has been very little we dislike about Love After World Domination so far. While it most certainly will be passed over for bigger 2022 spring anime like Spy X Family and the third season of Kaguya-sama: Love is War-Ultra romantic, we do hope it gets a bit more attention. Are any of you readers falling in love with Desumi and/or Fudo? Comment below to let us know your thoughts on Love After World Domination! For even more spring 2022 anime coverage keep stuck to our rom-com eccentric hive here at Honey’s Anime!
Writer