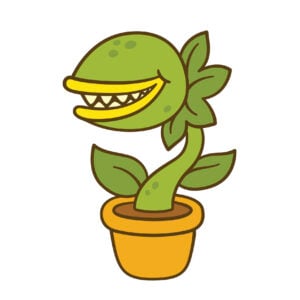 Little shop, little shoppa horrors
Bop sh-bop, you’ll never stop
The terror
Little shop, little shoppa horrors
No, oh, oh
No, oh, oh
No, oh, oh, no!
When we speak about a “Little Shop of Horrors” here, we’re not talking about a Supreme Court with a 6-3 conservative majority. We’re talking about the musical that Supreme Court nominee Judge Ketanji Brown Jackson starred in during her time at Harvard. The future Justice’s musical theatre prowess was noted on Twitter:
Judge Ketanji Brown Jackson appeared in “Little Shop of Horrors” at Harvard with @MoRocca. Oh for the video! pic.twitter.com/6PkpgrtavH
– Howard Sherman (@HESherman) March 23, 2022

Jackson – then known as Ketanji Brown – not only shared scenes with Matt Damon in a drama class, but she shared the stage in Little Shop with actor and humorist Mo Rocca. That’s definitely something worth politely bragging about!
Jackson was cast as Ronnette, a member of the musical’s Greek chorus. (Many moons ago, I played Crystal in the same show.) If Jackson is confirmed, we suspect that we may see a bit of Ronnette reappear in her dissents, since she’ll be one of the only justices who really knows what’s going on.

Staci Zaretsky is a senior editor at Above the Law, where she’s worked since 2011. She’d love to hear from you, so please feel free to email her with any tips, questions, comments, or critiques. You can follow her on Twitter or connect with her on LinkedIn.