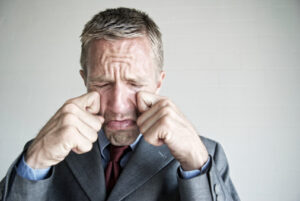 Streaming music services dominate the listening landscape because they deliver content with the aid of mind-reading algorithms that consistently tear down the illusion of individuality and reveal that customers are exactly as basic as we all know they are.
They’re also massively wealthy because they have massive libraries. But they do have to pay for those libraries: purchasing one license from the record company for the right to play the audio recording and one license from the songwriter for the right to play the song. As it turns out, no one ever thought to mirror this arrangement for comedy albums, despite these being a staple of the recording industry for decades. Comedians get Grammys… but no one ever wondered if they should be getting paid for writing the content on their albums.
Some comics are challenging that.
Spotify already pulled a bunch of comedian content over IP concerns. Pandora’s doubled down on streaming comedy and now face lawsuits over it. Because for years the services paid record labels for comedian recordings and just… didn’t pay the comics.
You should check out Isaiah Poritz’s deep dive into the ins and outs of spoken word copyright for the full picture, but Professor Kristelia Garc’ia of Colorado Law summed up the crux of Pandora’s only possible defense for Bloomberg:
The company would have to seek out the owners of each comedy routine and negotiate an individual license, which can be difficult and costly, Garc’ia said. But that doesn’t mean Pandora is off the hook for infringement, she said.
“I don’t think it’s legally colorable to say, ‘We didn’t pay these people because it was hard to do so,'” said Garc’ia, who predicted Pandora would settle out of court. “I think it’s a pretty open and shut case, and I can’t see ‘difficulty’ as a rational defense.”
No, it probably isn’t a rational defense and that’s why it’s highly possible that Pandora tries to settle this before it has to utter that defense out loud.
Pandora apparently spent years noting in its SEC filings that comedians realizing they should be getting paid for all this was a risk factor. Something plaintiffs claim amounts to an admission of knowing infringement and, by extension, triggers a heightened penalty.
There’s a point in law school where intellectual property law feels like a noble effort to protect artists. Then you grow up and realize it’s largely written to allow big companies to leach off talented people and lock everyone else out of the market.
That might be a little too cynical, but the copyright regime is in desperate need of reform and no one seems willing to make the first move. Well, Republicans are thinking about it now that they’re mad at Disney for expressing the barest minimum of a conscience. So… yay for “legislation through spite.” I guess?
In the mean time, this might be one of those times where the honorable intentions of the existing law might actually help artists get a little bit of their due.
Comedians’ Feud With Streaming Giants Asks: Who Can Use My Joke? [Bloomberg Law]