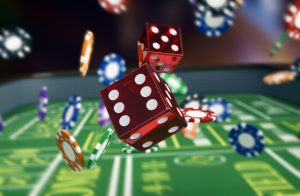 CLOC’s 2022 Global Institute became the Bellagio’s largest event in three years. Obviously there weren’t a lot of events during that stretch, but Vegas has been open for business for several months at this point and still couldn’t top the draw of the annual legal operations show. But an organization that started as a book club a few years ago just shattered a Vegas attendance mark, which is no small feat.
For the first few hours at this event, I struggled to figure out what to make of this legal operations hoedown. But then it came into focus.
This is the real-time development of a professional guild.
“Be careful with that… some companies don’t like language that sounds like a union,” joked the head of legal operations for a Fortune 100 company when I mentioned this. Fair enough, but the legal operations “movement” – as some of its advocates called it – doesn’t really capture what’s going on in these sessions. It’s more like those artisan guilds of the past where skilled workers joined together across towns and employers to advance their profession.
As Ian Nolan of Brightflag put it, “CLOC is inventing a playbook for a new profession to discuss how they can champion what they do in their own companies.” Kiran Mallavarapu, head of legal operations at Liberty Mutual, described the conference as a matter of education, exposure to others at the show, and connections to peers they can bounce ideas off going forward. In this combination, Mallavarapu said the show “provides legal ops a little bit more empowerment.”
That’s how you build a profession from the ground up.
Mary O’Carroll, whose tenure at Google shaped a lot of what we now see as legal operations and one of the driving forces behind CLOC itself, described her vision for the field, “What do I want from legal ops? Help them show value, get them promoted, make legal look like a star.” Now with Ironclad, O’Carroll pointed to legal’s traditional bad reputation within companies and pointed to contract negotiation and that legal can show its value best with workflow that speeds up the negotiating experience.
There’s something subtle in that description that gets to the heart of what CLOC’s trying to do with this event. It isn’t some kind of professional junket where legal operations get together to talk about doing their existing jobs, it’s also about advancing what legal operations does within legal departments. From my casual conversations around the show, after these sessions and conversations, these folks are going back and securing bigger budgets and expanded portfolios for themselves. Working out new ways to pitch the value they can bring to a department.
Which is of course doing wonders for legal departments by putting the resources and authority for moving companies into the 21st century in the hands of motivated people who aren’t terrified of computers like some stodgy GC.
This is a role still very much in an evolutionary stage, which makes this event more exciting than lawyers swapping war stories in a hotel conference center.