Bar Tabs: Be cautious Of Those Who Share In Wealth

Bar Tabs: Be Wary Of Those Who Share In Wealth 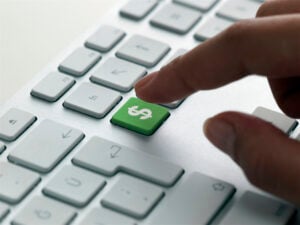 I’ll be honest – this one is gonna be a little different. Just hang in there with me. Let’s talk cash for a bit. GME. AMC. Dogecoin. Wallstreetbets and memeing the rich out of their hard-exploited coin had its hayday. Now, these always uncertain waters seem a little more dangerous for those who choose to step foot in them.
A new class-action lawsuit filed by an investor in Trumpworld’s favorite “Let’s Go Brandon” meme coin claims that some of the token’s key players orchestrated a pump-and-dump scheme.
The news marks the latest bit of drama that has plagued the coin since its inception last year and which has persisted since the cryptocurrency relaunched in February. A number of former President Donald Trump’s most loyal fans bought into the crypto hype, only to see the value of their investments plummet.
Oh no, what’s wrong? The anti-intellectual brigade hopped on the bandwagon and got duped out of their monies? Tried to drain the swamp and drained their assets? Should have spent more time securing your finances and less listening to a dude that’s gone bankrupt more times than he’s refused black tenants a place to live.
Growing up, I forgoed much social interaction to play Runescape, a massively multiplayer online role playing game where rune scimitars and adamant arrows were the chosen armaments of warriors. At least the broke ones like me. The kids who could convince their parents to let them use their credit card to buy membership would use Abyssal Whips and Ice Barrages. I remember chilling with my bronze arrows in the Stronghold of Security shooting minotaurs to train range. I’d go on YouTube and watch Kids Ranqe pwn noobs to screamo as the sun rose and fell. Years would pass and I’d stick with it. My virtual landscape grew as I did. My Rune Scimitar became a Chaotic Rapier and I bought enough Dragon Bones to turn my void pure into a Turmoil Berserker like this one. And where did I buy those thousands of Dragon Bones you might be asking? On a little thing called the Grand Exchange which, oddly enough, taught me about supply, demand, and merch clans. Merch clans would pick some goofy item, say a Dark Bow, and tell a bunch of impatient, easily swayed noobs to buy as many as they could. Tens, hundreds, however many they could afford. As the idiots bought up the useless item, the price would increase in response! Unbeknownst to them, the leaders of the merch clans would quietly sell their items, make a nice profit, and sit back as the underlings dealt with the fall. Life continued and I thought I’d never need those lessons again – that was until I found out that the stock market, shorts, and insider trading were real things. No seriously – watch this before you stock up on the next meme coin.
All this was to say my mom is wrong. Games do prepare you for the real world. Maybe these folks should have played Runescape instead of presumably yelling slurs in Call of Duty lobbies or like, having irl friends or something.
Have you had any moments where a bit of gaming saved your pocket book? A time when it cost you? Let me hear it at cwilliams@abovethelaw. All information will be confidential unless you request otherwise. Let’s figure it out together.
Let’s Go Brandon Crypto Lawsuit Has Trumpworld Influencers Running for the Hills [Daily Beast]