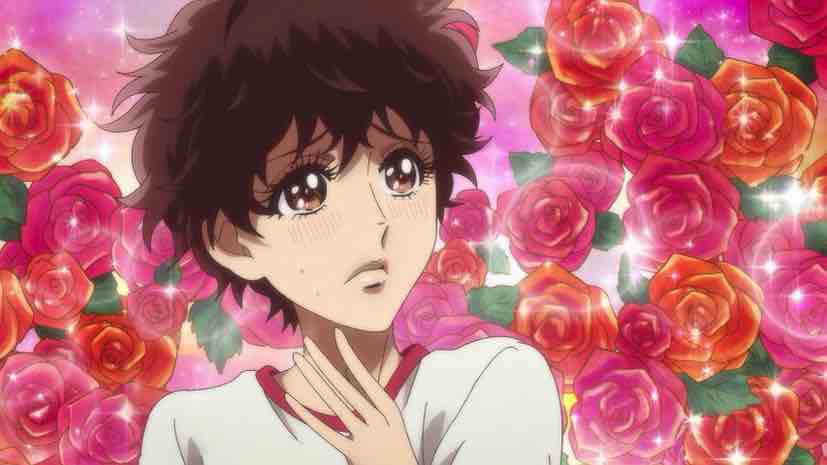 The really good days in anime, when they happen, still get my juices flowing. Today I got great comedy in Aharen-san wa Hakarenai, great drama with Dance Dance Danseur, and now great sports anime with Ao Ashi. All of these pleasures are completely different, which is what’s so great about them. The feeling you get from a great comedy, that gut-punch from the intense emotion of a show like Danseur – they’re unique. And sports anime, when it’s as good as this, thrills you in a totally different way. It’s an itch nothing else scratches. 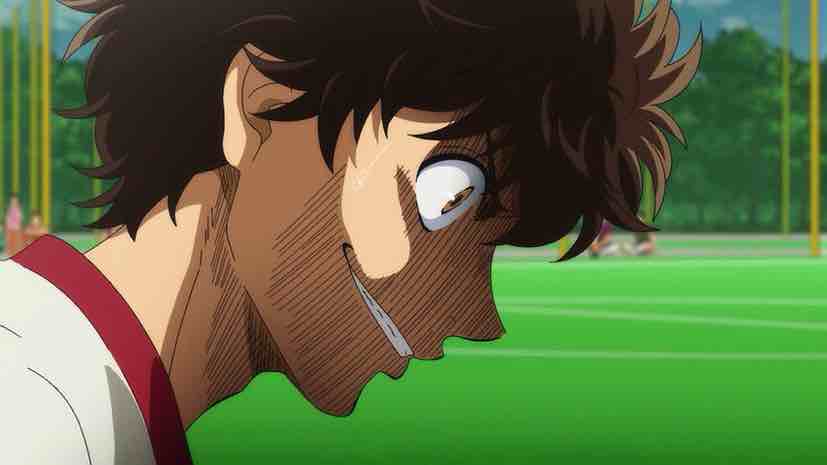 As I’ve noted, it seems as if “sports anime for people who hate sports” has become a distinct genre in anime. Ao Ashi is definitely sports anime for people who love sports. It doesn’t offer a lot of factory options – this is the base model and if it’s not your thing, it’s not your thing. It’s not here to sell doujin (though it has a few), it’s just here to tell a story about kids playing soccer. That has its own sort of comedy and drama to it, and that was on display this week. But I can see where someone who isn’t at all interested in the subject matter might not be all that receptive. 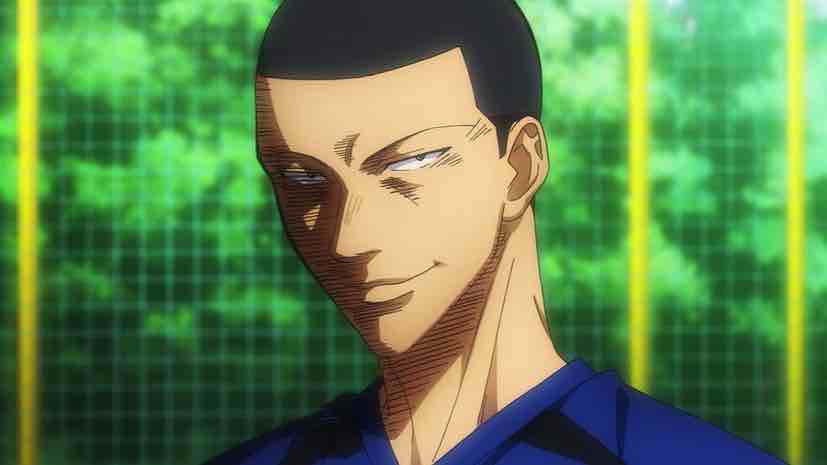 The final exam – yes, Ashito and Eisaku make it, to no one’s surprise – has the eleven surviving candidates on-edge. Ashito is the one who takes it on himself to try and establish some sort of cohesion, correctly assuming that 11 candidates means some sort of match is the final phase. Five of his colleagues take him up on it, the others blow him off. Eisaku being one of the takers is no surprise, but Tachibana turns out to be surprisingly humble and full of self-doubt. This is a team of rivals, which makes the format of the final test rather insidious – but that’s certainly rather the point. 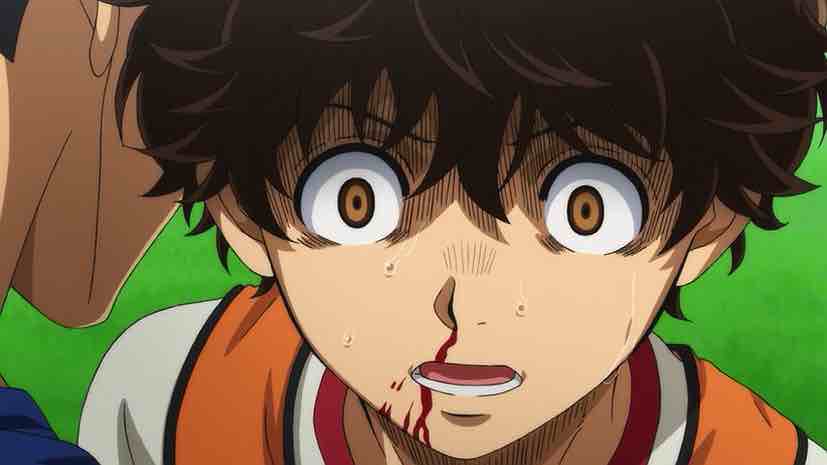 The opponents turn out to be the Esperion youth team, which seems a pretty glaring mismatch. But Fukuda-san greets the inevitable dismay with the pointed question “you can’t play against someone better than you?” Again, the mismatch is the point, not the score. Tachibana notes that most of the youth team eleven are first-years in high school, only a year older than most of the candidates. One of them, Akutsu Nagisa (Takeuchi Shunsuke) makes a point of asking Ashito about his tattered cleats before the whistle, but it’s pretty clear his politeness is a front. 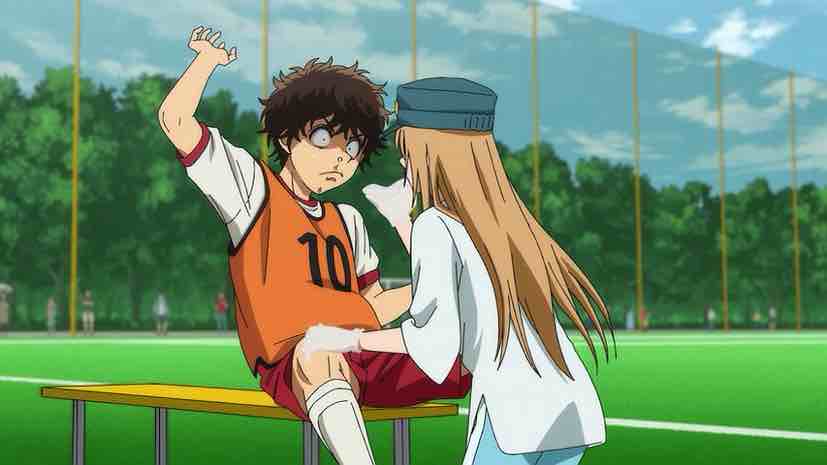 At first seems to go well – well enough that the sharper amongst the candidates can see that something obviously isn’t right. The candidates cut through the youth team like a warm knife through butter and nearly score a few times. Then, as if a switch has been flipped, the youth team launches into a devastating display of one-touch passing tiki-taka style. It only works if you have technical skill and, equally important, clear superiority over the opponent – but neither of things are a problem here. It’s quickly 2-0, and just as quickly Akutsu shows his true colors (and seems to have taken a special interest in crushing Ashito). 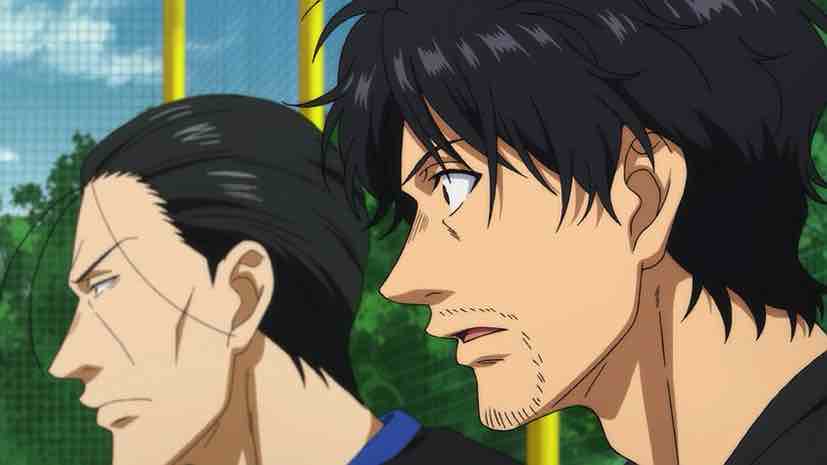 During halftime Hana tips off Ashito (while treating his nosebleed) that Akutsu is an “outlaw” and the only one who survived last year’s candidate trials. I really enjoyed the interaction between these two (especially when Ashito freaked out after randomly noticing Hana’s lips). And I enjoyed Ashito’s response to this information even more. He wants nothing to do with Akutsu’s head games – in fact he pointedly declares that just because Akutsu managed to survive at everyone else’s expense, it doesn’t mean you have to be a douchebag to advance. The game is still an obvious mismatch but again, it’s not the score that’s the point. 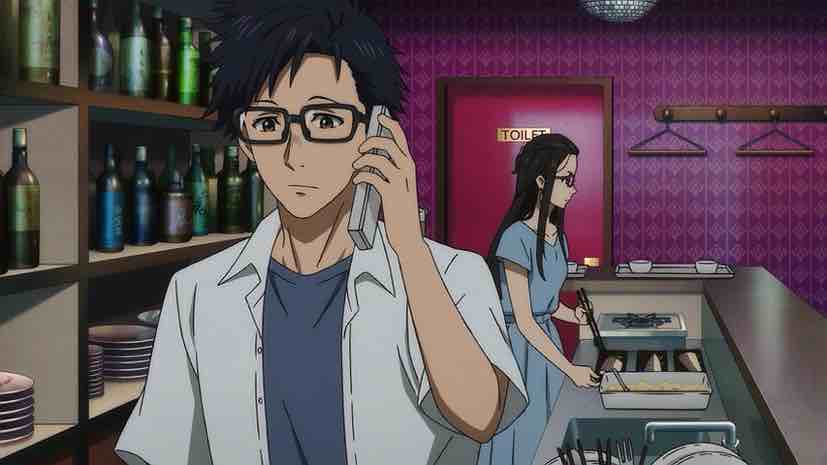 Fukuda’s cruelly-timed revelation that the reason for their slow start was because everyone but the goalkeeper on the youth team was playing out of position doesn’t do the candidates’ confidence any favors. It’s interesting that he chose that moment, begging the question of just what exactly Fukuda-san is looking to see in this exchange. It’s really top-notch sports anime all the way – good action, lots of tension, with a healthy dollop of righteous indignation to spice up the pot. Ashito’s indefatigable competitive engine may be a classic protagonist trait in this sort of series, but that just makes him the ideal protagonist for a sports anime that’s squarely in the classic camp. This sort of episode is exactly why I validated my ticket for Ao Ashi, and I expect many more to come. 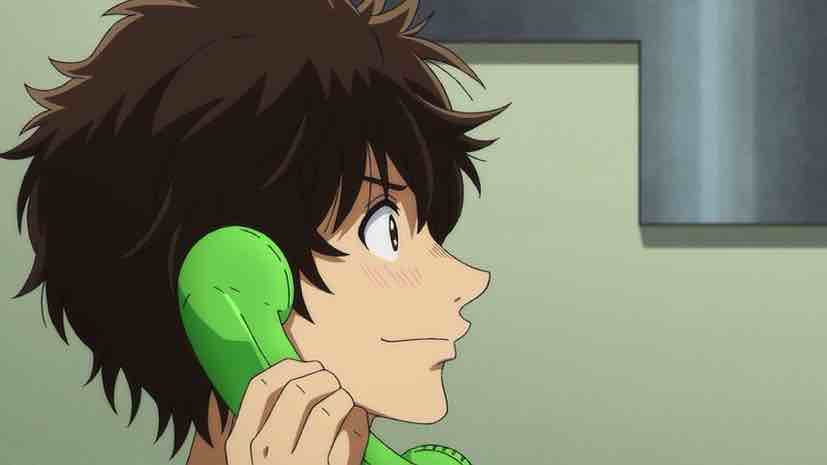 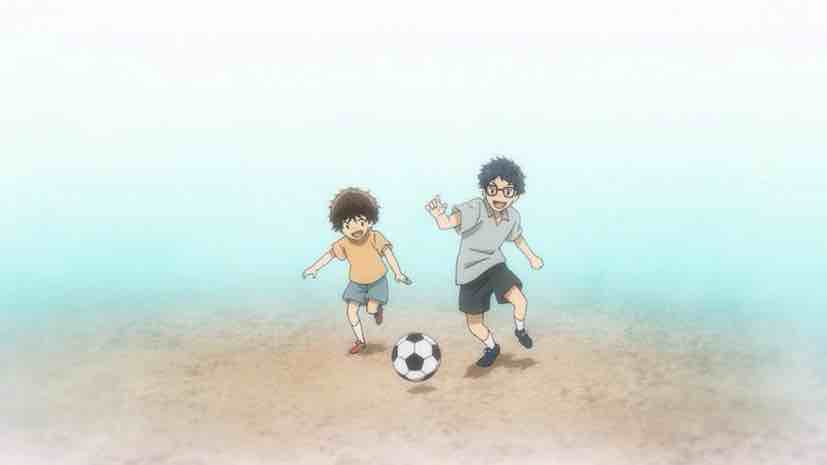 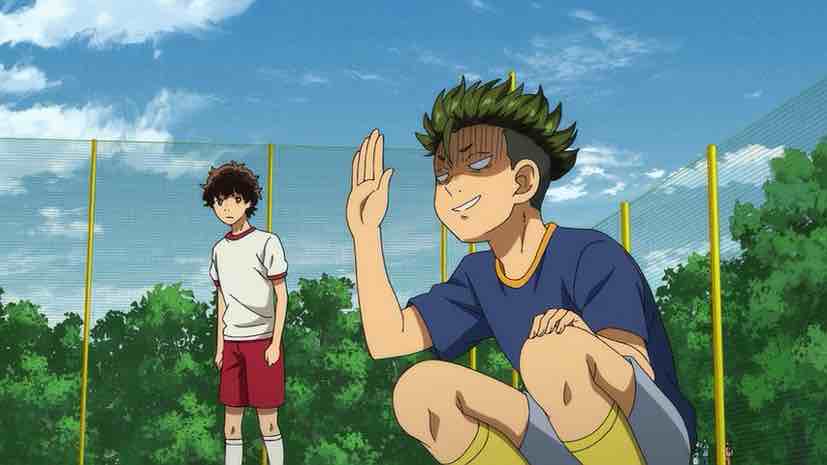