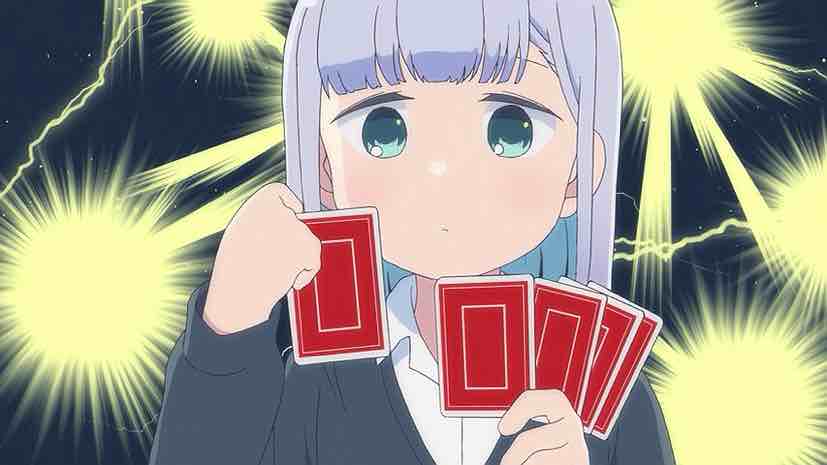 When you have a show that’s the runaway best (Danseur) and it barely gets discussed in that context, well, pretty much by default that’s the most overlooked show of the season. But Aharen-san wa Hakarenai gives it a run for its money. Unlike Danseur, Aharen-san is part of a booming genre. The fact that inferior twists on the theme get so much more attention makes this series’ anonymity especially galling. I haven’t had an anime make me flat-out LOL this much in quite a long time. 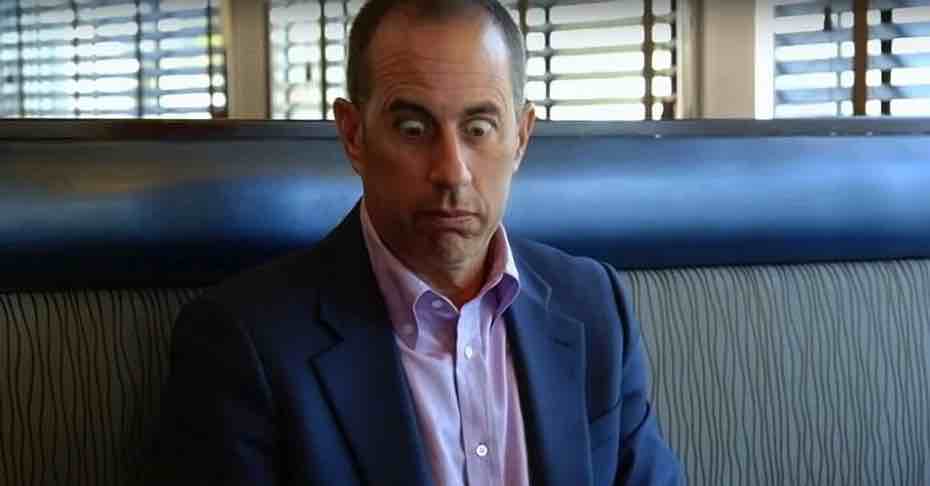 Lunch is a big theme this week, starting with the eternal school store chapter. We didn’t have a store at my high school so I don’t really have experience with this – we just had a normal cafeteria. But for mangaka it seems to be a transformative life experience. Aharen would seem to be ideally suited to use the crowd as a mosh pit, but all it nets her is a melonpan. Fortunately Rui the wonder dog saves the day (though he also terrorizes Raidou at the same time). 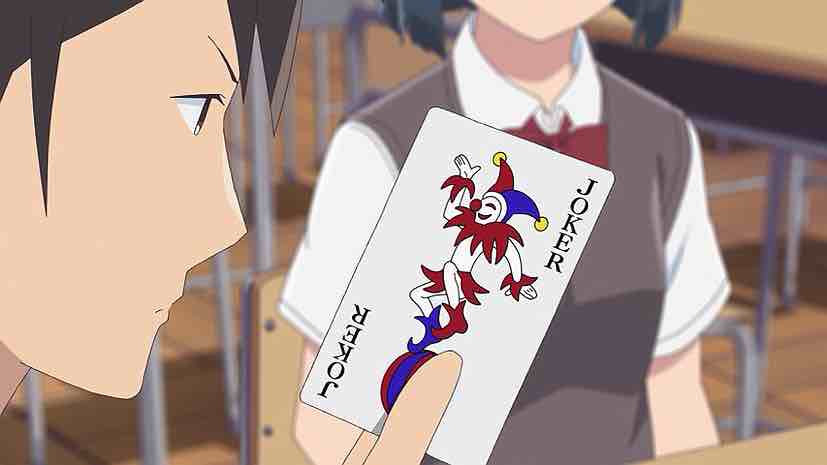 There’s not much flash about the old maid sketch, but it’s another example of Aharen-san’s extreme dexterity with physical comedy. Watching Reina react to getting the joker reminded me so much of Jerry Seinfeld’s “check take” (0:33). And then we had that furtive sidelong glance that threw Raidou off (is it being stated at – or the one doing the staring?). Reina’s poker face is no match for actual card games, but she still manages to inflict yet more defeat on poor Radiou-kun. As someone for whom many travails have come from overthinking things, I can really relate to this guy. 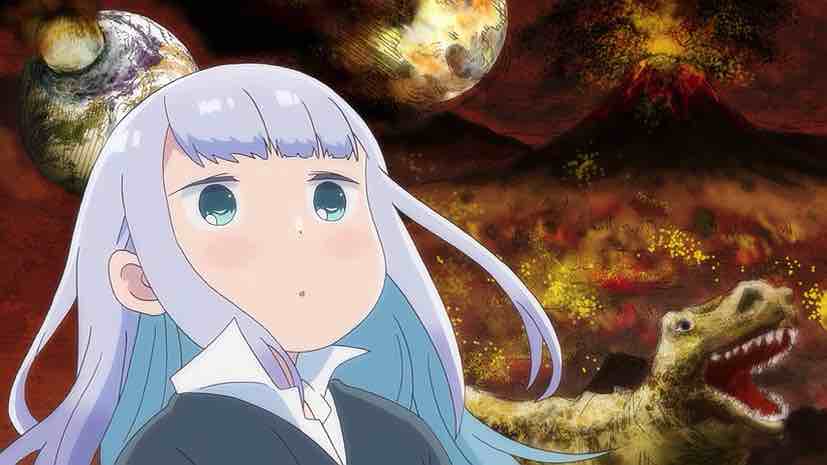 Next is the Raidou as sherpa skit that I surely should have realized was inevitable. It’s another (excellent) sight gag but basically a setup for the next sketch, because the reason Reina is falling asleep is that she’s been stressing over what lunch sides to make for Raidou (who hasn’t been finishing her lunches simply because they’re enormous). Raidou’s partner-in-delusion Futaba joins the fray to take the lunch gag to the next level, somehow convincing herself that Reina making lunch for Raidou is another shotacon succubus trap. Spare a thought for the real victim here, Akkun – Futaba serving him a spoiled bento puts him his sickbed. 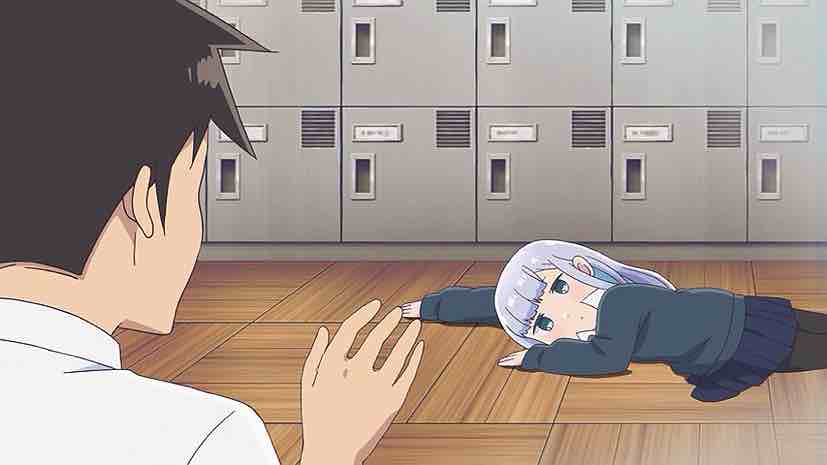 The grand finale (the finale is always the big possum with this series) is the art project. It’s another survey course in sight gags as Reina and Raidou progress through the various artistic media with increasingly silly results. Raidou eventually settles on a (rather flattering) self-portrait, while Reina goes the creepy totally-lifelike body double route (she damn well better have gotten a good grade for that). But poor Raidou’s bedside menagerie gains a new and extremely unsettling member, ensuring that for him sleep is going to be impossible for the foreseeable future. 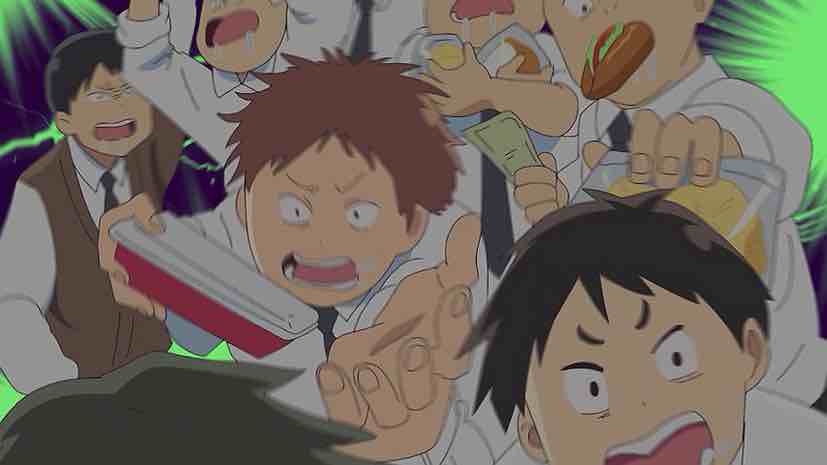 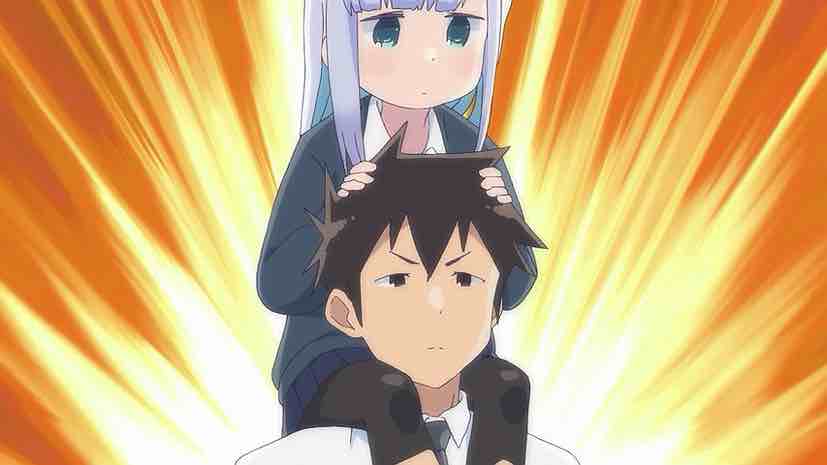 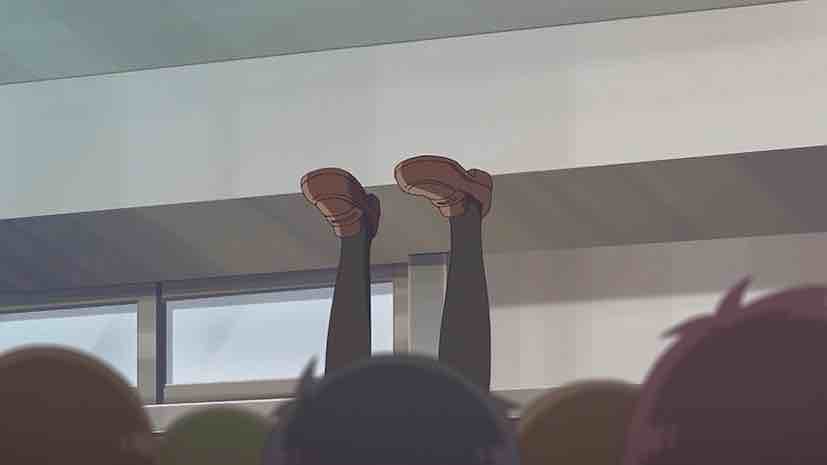 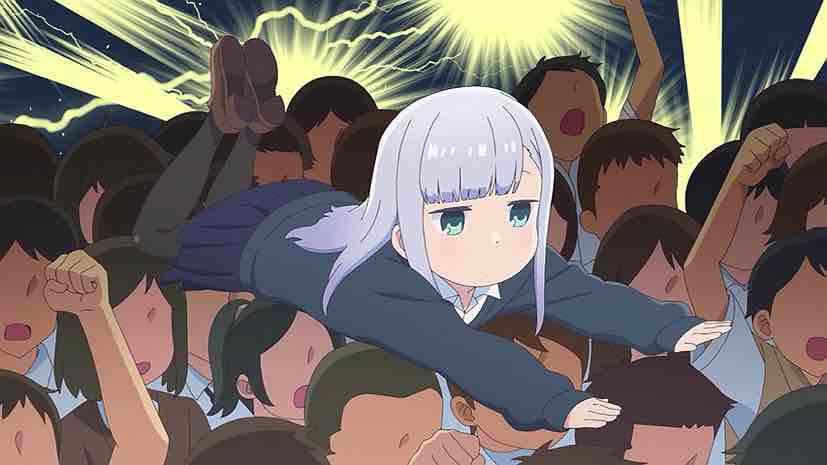 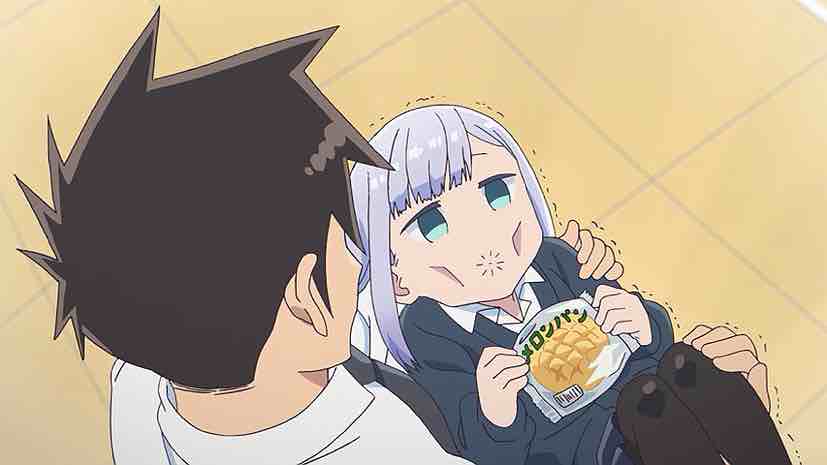