A Modern-day Battlefield in Paripi Komei (Ya Boy Kongming!)

A Modern-day Battlefield in Paripi Komei (Ya Boy Kongming!) 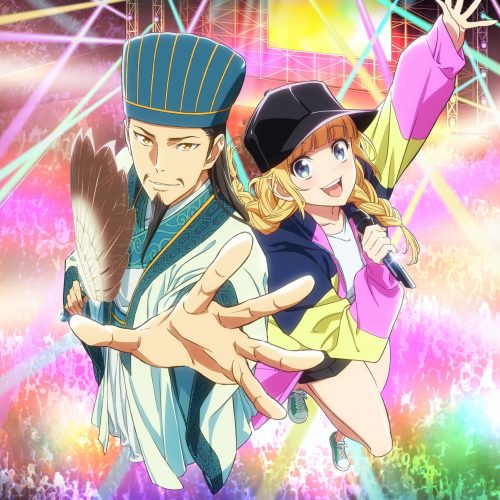 Spring 2022 is already on full throttle serving great anime for fans all over the world. While it’s only been a short while, some titles, like Spy x Family, have already made a name for themselves, and they undeniably deserve that. After all, anime fans are once again graced with a bountiful lot this season. One hidden gem this season is Paripi Komei (Ya Boy Kongming!), an anime that is rather hard to describe. Nonetheless, here is our first impression of the anime series.
Lovely Art With Decent Music 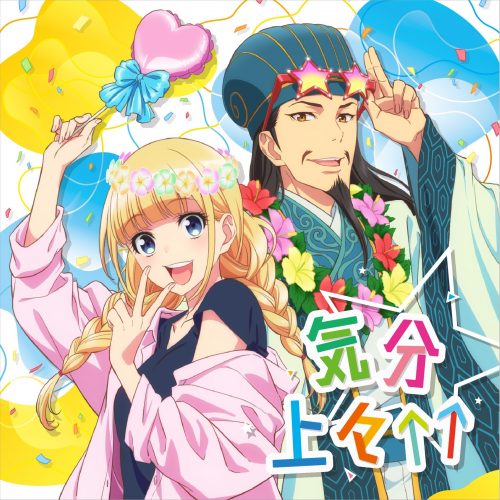 Ya Boy Kongming! is all about the titular character, who after wishing to be reborn in a peaceful world is transported into modern-day Japan. During his brief sequence of confusion, he meets the amateur singer Eiko and gets captivated by her voice. This is where the anime’s art and music shine the most. The anime’s bright and cheerful art style and lighting perfectly highlight the anime’s vibe. Though Eiko’s songs aren’t necessarily record-breaking, it’s always great to actually hear the performances, especially since the series is a mixture of a lot of genres. Even though her voice isn’t exceptional, that doesn’t mean it’s not pleasant to the ears.
Eiko’s songs are elevated by the story, making them more enjoyable. Since it’s still only the first quarter of the season, we are expecting Eiko’s performance to only get better in future episodes of the anime.

Ya Boy Kongming! is a medley of time traveling, comedy, drama, and music, and it still somehow makes everything blend well together. At least in the first few episodes, Kongming has dished out multiple awe-inspiring strategies deeply rooted in Eiko’s talents. Kongming’s loyalty and belief in Eiko’s talent is the foundation of the anime’s drama. His unbounded loyalty sucks the viewers and makes them root for Eiko’s success as well.
The bits of comedy are also interestingly placed well. They are put where one least expects it, maximizing their effect while also keeping the anime on a lighter note. That being said, the first few episodes are chaotic – but in a good way.

When we first stumbled upon Ya Boy Kongming!, there were honestly little expectations. After all, the anime is about a war tactician trying to be a manager of an aspiring artist. But we are quickly blown away. Kongming, albeit a mixture of all extremes, is surprisingly a relatable character. He does his best not for his own sake, but for the sake of someone he truly admires. He comes up with great ideas to further Eiko’s achievement, but his plans are also not manipulative. He doesn’t merely control Eiko’s fame. Instead, he does his best to be her best support, and it’s working exceptionally well.
That certain relatability is what hooked us not only to Kongming’s character but the anime as well. After all, who won’t be able to relate to doing their best for someone else?

Ya Boy Kongming! has been a pleasant surprise this season. The mixture of drama, time travel, and music is a mixture we didn’t expect to see together, yet here it is, and we undeniably love it. It’s like an experimental dish that unexpectedly turned out great, and the bits of comedy are just the added toppings. While the anime has a great start, we are just hoping that it manages to sustain such momentum.
How about you guys? What do you think of Ya Boy Kongmin!? Make sure to tell us in the comment section below!
Writer

Author: Christian Markle
I am a copywriter, proofreader, and editor. I love watching anime, reading manga, and writing my own stories. Watch out in the future as you may see one of my works one day. Manga and anime were big parts of my childhood. I grew up watching Yu Yu Hakusho, Slam Dunk, One Piece, and Dragon Ball Z. Those were probably one of the happiest and most carefree days of my life. In fact, most of my values are probably molded by manga. No, that’s not an exaggeration.
Previous Articles
Top 5 Anime by Christian Markle