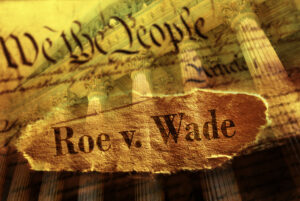 All the uproar about Dobbs v. Jackson made me realize this: The United States should adopt a constitutional amendment protecting the right to privacy.
The only reason our Constitution doesn’t protect the right to privacy is because the American Constitution was adopted in the 18th century. Modern constitutions expressly protect privacy; the constitution of nearly every country in the world does so. Ours should, too: Information privacy; bodily privacy; privacy of communications; territorial privacy – we need them all. Let’s do it in one fell swoop – amend the Constitution to expressly protect a generalized right to privacy!
Liberals and conservatives alike should support this idea.
Liberals: Own the conservatives! Want to guarantee a right to contraception, abortion, and interracial and same-sex marriage? Vote in favor of the amendment securing your right to privacy! Get everything you want!
Conservatives: Own the libs! Want to secure your right to be free from a pesky mask or a vaccination against your will? Do I have an idea for you! Not only that, a right to privacy is a quintessentially conservative idea: Everyone should have personal space that the government cannot invade. You need a guaranteed right to privacy! Vote in favor of the amendment that gives you what you need!
On the other hand, you’re never sure what you’re voting for when you give yourself undefined rights. Perhaps a future conservative court would hold that the mother’s right to an abortion must obviously yield to the rights of a third person – the unborn fetus. Maybe my amendment wouldn’t do the trick for liberals.
Perhaps a future liberal court would hold that the right to be free from involuntary vaccination must obviously yield in the face of a public health crisis. Maybe my amendment wouldn’t do the trick for conservatives.
Shoot! If I’m wrong, then we’d be back to hammering out rights through the legislative process.
Maybe there’s no way to avoid that disaster.
(I’ll end on a personal note: Many people have asked me whether I think that the opinion in Dobbs spells doom for same-sex marriage: Roe recognized the right to an abortion grounded in the supposed constitutional right to privacy. Obergefell recognized the right to same-sex marriage grounded in the supposed constitutional right to privacy. Dobbs casts doubt on the existence, and scope, of a right to privacy. Do Roe and Obergefell necessarily fall together?
I have this to say about that: First, do I look like a constitutional scholar to you? I don’t think those guys spend much time writing weekly columns at Above the Law. Second, in the draft Dobbs opinion, Alito says that abortion is not like same-sex marriage, because abortion involves harm to a third party – the fetus – and same-sex marriage does not involve harm to a third party. That distinction is a plausible one, and a reasonable person might choose to respect it. On the other hand, that distinction is not iron-clad, and someone who wanted to do away with same-sex marriage could choose to ignore it: After Dobbs, there’s only a limited, or nonexistent, right to privacy; same-sex marriage has no long historical precedent; if Roe is gone, then Obergefell is gone. Asking me to say anything beyond that asks me to read the minds of five justices, which is beyond me.
One last thing. An old buddy, who actually is a constitutional scholar, notes this: Yick Wo v. Hopkins was a Supreme Court case from 1886 involving the permitting process for laundries in San Francisco, which was a hotbed of anti-Chinese animus at the time. Although the permitting process was facially neutral, in practice it almost exclusively hurt people of Chinese descent – their laundries didn’t receive the necessary permits. That’s invidious intent, and the permitting process thus violated the Equal Protection Clause. By analogy, statutes that ban abortions are facially neutral, but actually hurt women 100% of the time. Perhaps some version of that argument will eventually take center stage in the life of Dobbs.)
Mark Herrmann spent 17 years as a partner at a leading international law firm and is now deputy general counsel at a large international company. He is the author of The Curmudgeon’s Guide to Practicing Law and Drug and Device Product Liability Litigation Strategy (affiliate links). You can reach him by email at inhouse@abovethelaw.com.