Ascendance Of A Bookworm is an anime adapted from a web novel series. It’s an Isekai of its own kind, style, quality, and plot.
The anime is about a girl called Myne who’s reincarnated into another world as a little girl who’s slightly fragile. Her passion is books and education.
The usual:
Cliches.
Harems.
Sometimes fanservice.
And things of that nature don’t exist here. It’s a genuine story with genuine quality and effort put into it, at the highest level.
It has 3 seasons so far (season 3 is airing now). 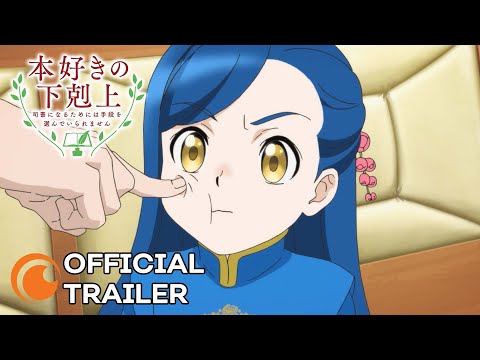 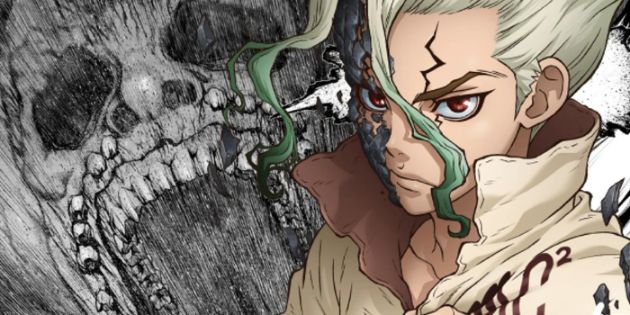 Dr Stone takes a different approach, but it does have similarities to Ascendance Of A Bookworm.
The main character (Senku) is basically a scientist. With help of course he makes and creates things. This trait is similar to Myne and how she makes products to sell and make money so she can buy books.
Before any of that Senku wakes up after being frozen for many years and has the motivation to rebuild civilization through science.
Tons of life lessons, and some of the methods used to make things like soap are actually genuine and accurate.
Relevant: 8+ Anime Like Science Fell In Love, So I Tried To Prove It!

2. My Next Life as a Villainess: All Routes Lead to Doom! 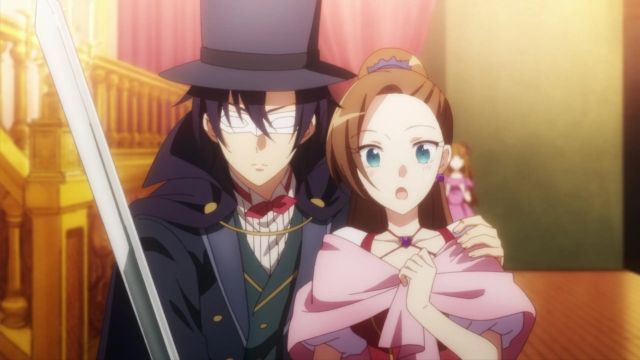 My Next Life As A Villainess is basically a Yuri/harem version of Ascendance Of A Bookworm. The main character Catarina Claes starts out as a kid reincarnated in another world.
Once she grows up a bit so does her harem of men and women, but the one thing that doesn’t change is her childish nature. And of course – the way she thinks of the world in a gaming sense.
There’s a total of 2 seasons of this anime and it’s one of the least cliche shows in the Isekai genre.

3. If It’s For My Daughter, I’d Even Defeat A Demon Lord 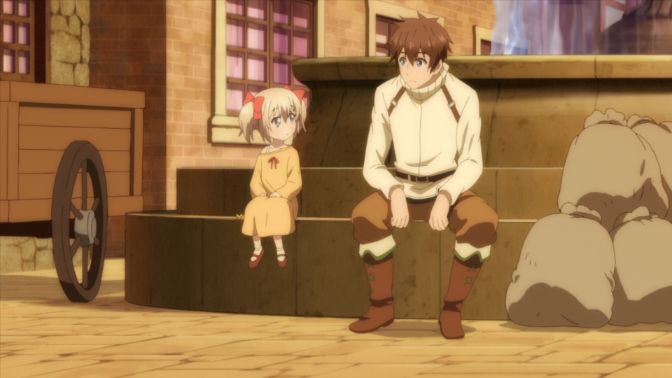 The main character who’s a swordsman called Dale comes across Latina, a demon girl in the forest who’s alone. Long story short he adopts this girl into his life and becomes her father.
Her parents were actually killed.
Dale and Latina’s relationship is wholesome and the definition of pure bliss. Their bond will be a soft spot for anime fans who are parents themselves.
Ascendance Of A Bookworm has a similar theme of an adult carrying around a child, just like If It’s For My Daughter. 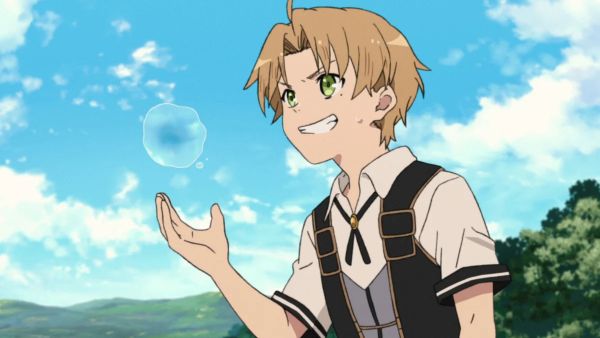 Yet another Isekai series that’s not typical, stands out form the crowd, and has a child protagonist who’s reincarnated into another world.
Rudeus as he’s called is a lot different though. He’s technically the worst protagonist in Isekai because he was a degenerate (the extreme version) in his real life.
After reincarnation, Rudeus wants to become a better man and the kind of man he never was in his past life before death.
Mushoku Tensei is often called “the grandfather of Isekai” and will have plenty of seasons to come. Similar to the anime SAO.
Pocket Fantasy blends retro, Manga and fantasy all into one RPG game with real voice overs and classic music you’ll recognize.

5. Didn’t I Say To Make My Abilities Average In The Next Life? 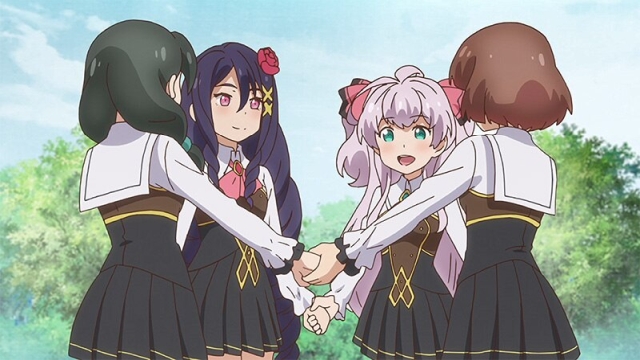 Adele is the name of the main female character. She wanted average abilities after reincarnation but she ended up with the average of very powerful people, and so she’s OP.
First person she meets on her journey is Crimson Reina, a Tsundere with red hair, a dark past, and even a killer instinct.
The anime’s plot tends to focus on their relationship and friendships, and the battles and comedy that happens along the way. Nothing too grand or complicated. 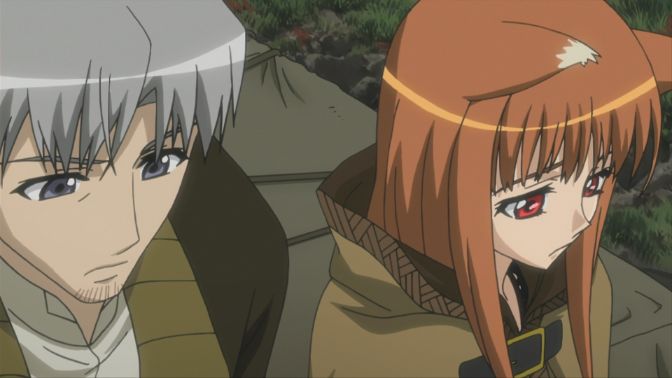 Spice And Wolf just might be the anime most closest to Ascendance Of A Bookworm. It’s not an Isekai, but many of its themes overlap.
In this anime there’s a deity called Holo The Wise Wolf. She randomly meets Kraft Lawrence, a merchant, and they both end up on a journey together.
There’s romance and relaxed slice of life style episodes. But there’s also the economic element to this anime where money, stocks, investing, and profiting as a merchant comes into play.
It’s a business oriented anime with romance and wholesome moments layered over it. 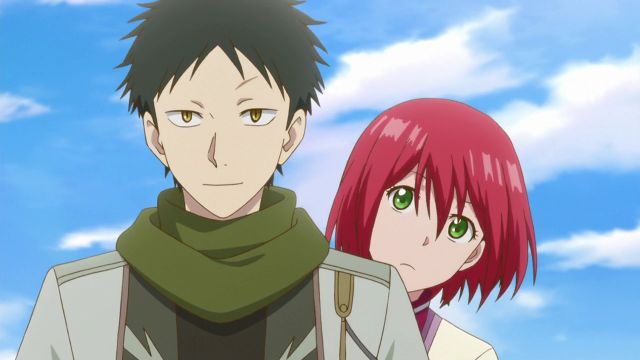 Shirayukihime (snow white with the red hair) is another romance with wholesome vibes, and it’s not an Isekai. But it has crossover elements with Ascendance Of A Bookworm.
Shirayuki is a diligent, hard working, and smart girl who’s underestimated for her intelligence. She’s insightful, intuitive, and can read between the lines when deciphering people and their motives.
She meets Zen who’s a prince, and he’s also an unconventional person seeing as he doesn’t fit the role of prince based on his personality and rebellious nature.
Both become romantically interested, and the anime so far has 2 seasons to speak of. 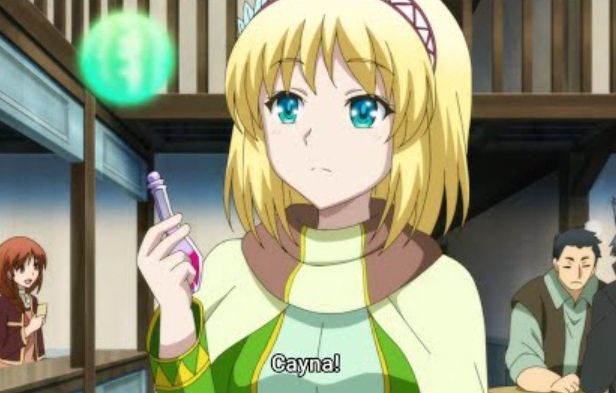 Land Of Leadale is another female lead Isekai series without some of the nonsense you can find in other Isekai anime. This is more of a chilled anime with a plot that isn’t grand by any stretch of the imagination.
Cayna, the girl who’s reincarnated into a game she’s familiar with likes to go on solo journeys by herself. She’s also not opposed to being helpful to others but usually not for the sake of it.
One stand out feature of the anime is Cayna’s family. Her daughter and sons. Their relationship is comical and is always a highlight whenever it’s on screen. 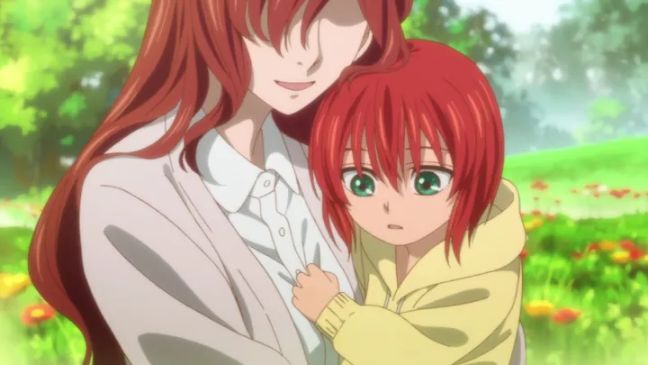 And lastly is The Ancient Magus Bride.
This anime follows the character Hatori Chise, a red haired orphan who’s sold at auction. She’s then later bought by a mage called Alias Ainsworth.
Lucky for her she now has a place she can call home, and doesn’t have to deal with the abuse she’s endured for so many years being a slave.
This helps her open up as a person despite being introverted, and her personality starts to shine more. And she even gains the ability to use magic being around Alias.
The romance in this anime can be weird, but what can’t be denied is how wholesome and visually stunning everything is.
–
Recommended:
8+ Anime Like The Executioner And Her Way Of Life (Recommended)
9+ GREAT Anime Shows Like Kaguya Sama You Need To Try Out (Recommended)